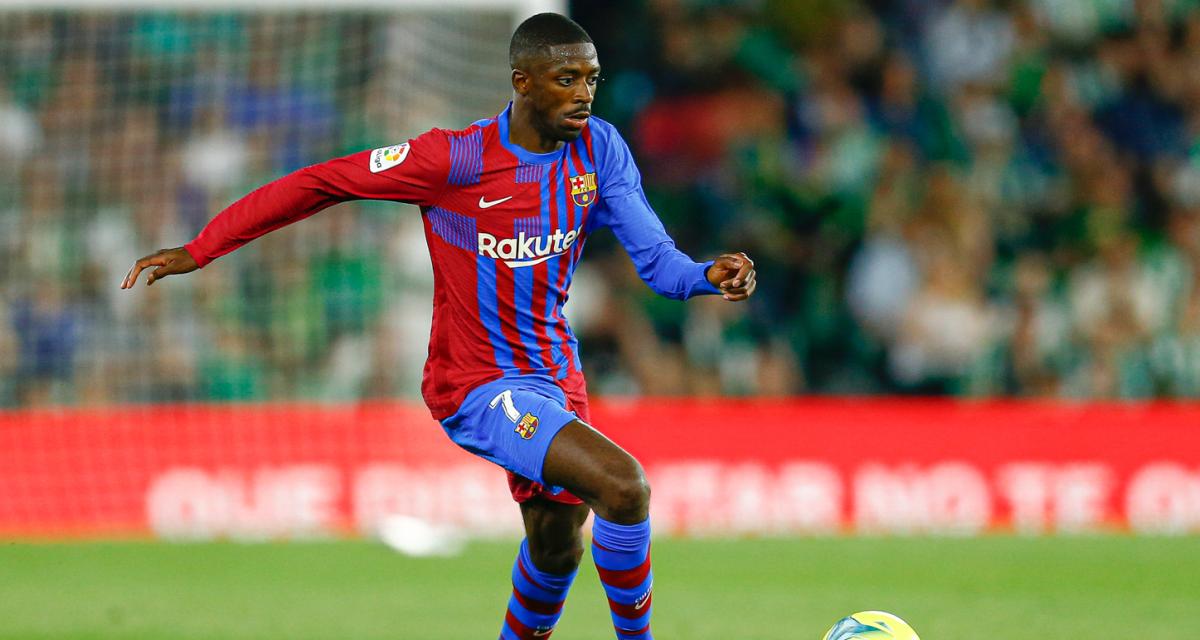 Former Ligue 1 players feast at Camp Nou. Barça face Celta Vigo on Tuesday evening in an attempt to consolidate their second place in La Liga. However, it is the visitors who start this meeting best and get the first chances. Iago Aspas even came close to allowing his team to open the scoring, first by delivering a superb pass for Galhardo (11th) before being clumsy in front of Ter Stegen (14th).

[⚽️ VIDÉO BUT] 🇪🇸 #LaLiga
😍 Depay scores after a completely crazy action by Dembélé!
🤯 An epic race from the Frenchman, who dribbled 2 opponents before sending a decisive pass to Memphis!
🤩🤩🤩 A must see!https://t.co/FCgnMazlwt

Finally, salvation came from Ousmane Dembélé. The French winger had a real festival on his right side, eliminating two opponents, one of whom with a sublime little bridge to address a center set back perfectly taken over by Memphis Depay (30th). At the end of the first period, Pierre-Emerick Aubameyang doubled the lead for the Blaugranas (44th).

10 – @Dembouz 🇬🇧 have provided 10 league assists in 2022 (only four less than his previous @FCBarcelona‘s career in the competition), more than any other player in the Top 5 European Leagues (Lionel Messi 9). revenge#BarcelonaCelta #FCB💙❤ pic.twitter.com/IlQBMmDtV4

Barça leads at the break against Celta Vigo on behalf of the 36th day of La Liga. Memphis Depay opened the scoring for the Catalans after a technical feat from Ousmane Dembélé. Pierre-Emerick Aubameyang doubled the lead.