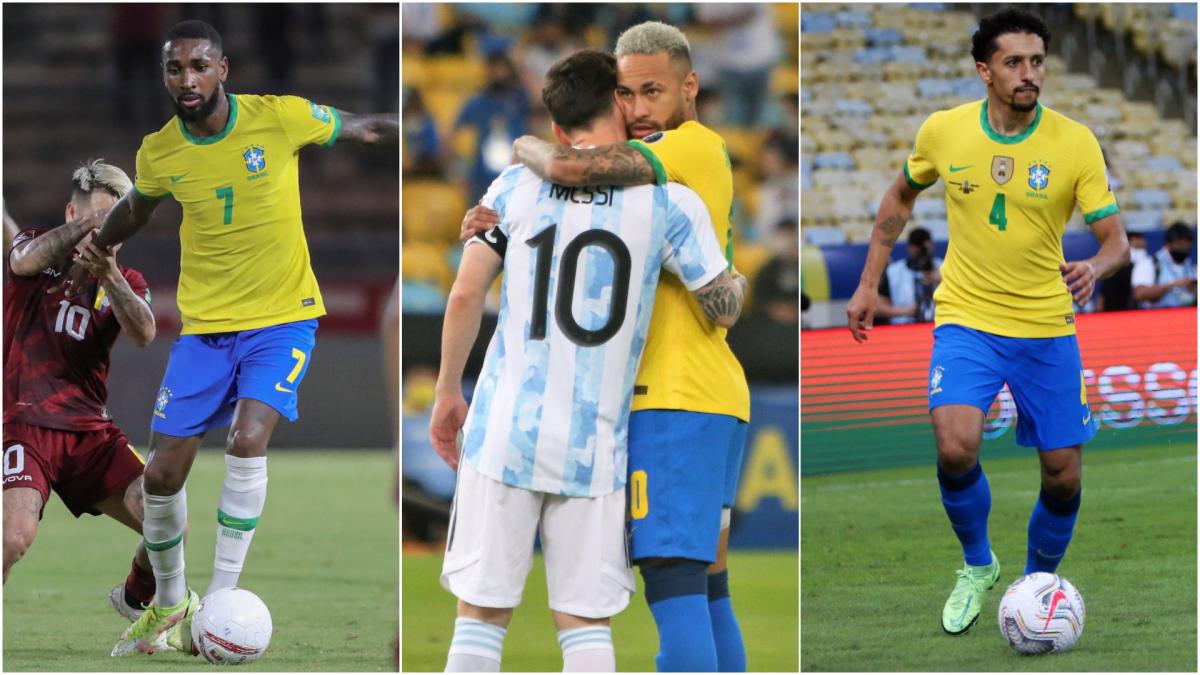 As has often been the case lately, not everyone is passionate about international truces. Recently, UEFA set up the League of Nations to give them a little more flavor, and the France team took the opportunity in October to win the second edition, two years after the crown of Portugal, beating Belgium (3-2) and Spain (2-1) in the Final Four last week. But above all, this truce is not easy, mainly for South American players or more generally those who left on the other side of the Atlantic. A few months ago, several football players complained about this upcoming truce, starting with Paris Saint-Germain coach Mauricio Pochettino.

“We will try to make good use of the workforce while maintaining a balance. For the players we will see with the playing time, in addition there is a new international truce which arrives in a few weeks. The South Americans will leave and will play at the same time as us against Angers. We are living a moment of madness but we have to adapt to that. It is necessary to spare the playing time to have good performances and not to take risks for their health. (…) I can not do anything. The clubs, in a way, we are helpless in this situation. We have empathy for the selections but there are surely things to review in the future to find a balance and especially the best solution ”, explained the Argentine coach. And it is true that Ligue 1 will not have this tasty taste this weekend.

With a match against Angers SCO to open the 10th day of Ligue 1 on Friday evening, Paris Saint-Germain will have to do without several stars at the Parc des Princes. Brazil being opposed to Uruguay (2022 World Cup qualifiers) at 2:30 am on the night of Thursday to Friday, Brazilians Neymar and Marquinhos will therefore miss the call. But that’s not all. With Argentina-Peru at 1:30 and Chile-Venezuela at 2 a.m., Lionel Messi, Leandro Paredes and Angel di Maria will also be too fair for this match against the Scoïstes, while Costa Rican Keylor Navas played Thursday at 1 a.m. against the USA ( 2-1 defeat) and even got injured … The capital club will therefore be severely affected by these poorly scheduled matches, but there are other formations that are also affected.

Regarding these three meetings scheduled a few hours before the first match of the 10th day of Ligue 1, Olympique de Marseille will have, unless a surprising last minute decision, to do without Gerson against FC Lorient on Sunday evening (8:45 p.m.). On the side of Olympique Lyonnais, Peter Bosz should shape his starting XI without Lucas Paqueta for the reception of AS Monaco on Saturday night at Groupama Stadium (9 p.m.). And precisely, a few hours ago, the technician of the OL had also put a layer on this calendar and this misplaced international truce: “It’s completely impossible if Paqueta plays tonight. If he doesn’t play, we have to see. But Brazil is playing tonight. I don’t understand anything about it. I do not know who is organizing all this but there are three matches in South America. I am not speaking only for Lyon but for the players. Three matches in the calendar with the last match on Thursday night. I do not understand…”

“People don’t understand football when they do that. Money is the most important thing, not football, in my opinion, not the player. And I don’t understand that “, even dropped the Dutch coach at a press conference. But his weekend opponent will also be affected. The Principality’s club, for its part, will be deprived of the Chilean Guillermo Maripán, who started in the last two asemist matches. And that’s not all in France. At RC Lens, the presence of Facundo Medina is very compromised for the meeting against Montpellier scheduled for Sunday (5 p.m.), as is Alberth Elis with Bordeaux. After the match of Honduras against Jamaica this Thursday morning at 2:30 (0-2) in which he was the holder, the Honduran also risks to ignore this weekend …