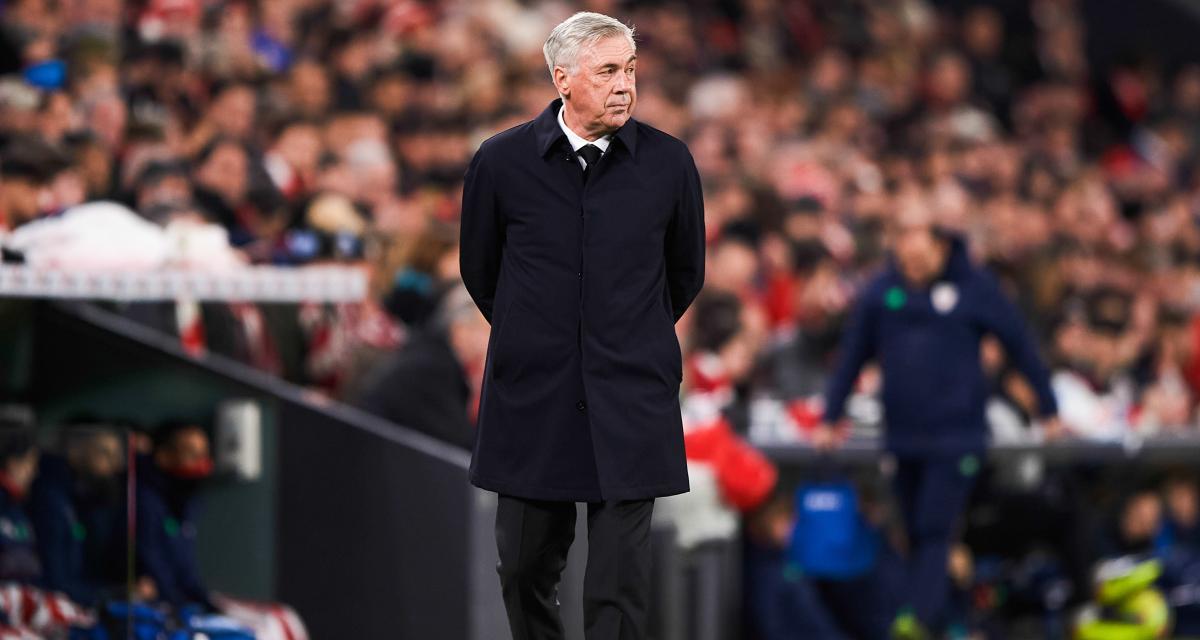 After reassuring themselves last week by signing two important away successes against Villarreal and Athletic Bilbao, Real Madrid will now have to tame their neighbors, Atlético, to reach the Copa del Rey semi-finals. . The opportunity for Carlo Ancelotti to appear at a press conference on the eve of the shock where he notably returned to the rumors linking him to Brazil or the possible arrival of Fran Garcia. Words reported by Defense Central.

“There are no contacts.”

On Fran Garcia and the transfer window

“The squad is complete until June. He is a player we are evaluating and we will make decisions at the end of the season.”

On the derby and favorite status

“Like all derbies, you have to prepare for them in a special way, against a strong team. We want to hit hard at home, especially in these types of matches. That may be true, in theory. After the match, it’s motivation, desire… The illusion of being at home will help us. For us it’s something special. We think we have the possibility of reaching the semi-finals “We take into account the strength of the rival and we know it is expensive. It’s a special game and it will be an entertaining game as Atlético progress.”

On Modric and Kroos

“They are professionals who understand very well what this entity is, the quality of this group… It’s not complicated, I don’t need to explain to them why they are not playing. Everyone must understand. It was important last season and that good feeling in the dressing room was the key to success. They contribute a lot and will contribute this season. They played a lot of games together, being decisive, and they will do that”.

On Camavinga, Ceballos and Asensio

“It wouldn’t be unfair if they didn’t play tomorrow as it would be part of a rotation which is part of the requirements of tomorrow’s game. We will have to put the best team possible and that will be what I will try to do.”

“He has a spectacular physique and mentally it is very important. We have to protect him because football needs him. He has an extraordinary talent. I see him very motivated and he will contribute. We have to take care of him physically and mentally.”

“Alaba will be available tomorrow. Tchouaméni and Hazard, who trained partially, will be there on Sunday. Carvajal and Lucas are still absent. Little by little we are recovering players and the physical condition of the team is improving.”

“Momentum is a quality. He tries to cut a lot of passes. And sometimes it can happen that he has to get a yellow card. He seems to me very correct, and not a rough player. He has a lot of energy and his evolution is that of a modern midfielder. His game in Bilbao was exceptional.”

Carlo Ancelotti, Real Madrid coach, was present at a press conference on the eve of the derby against Atlético Madrid. The opportunity for him to come back to the rumors linking him to Brazil or the possible arrival of Fran Garcia.