Currently present at the 2022 World Cup in Qatar with the Spanish selection, Alejandro Balde spoke about his contractual situation with FC Barcelona. The young defender does not hide his desire to continue his career with the Blaugrana, with whom his current lease ends in June 2024. 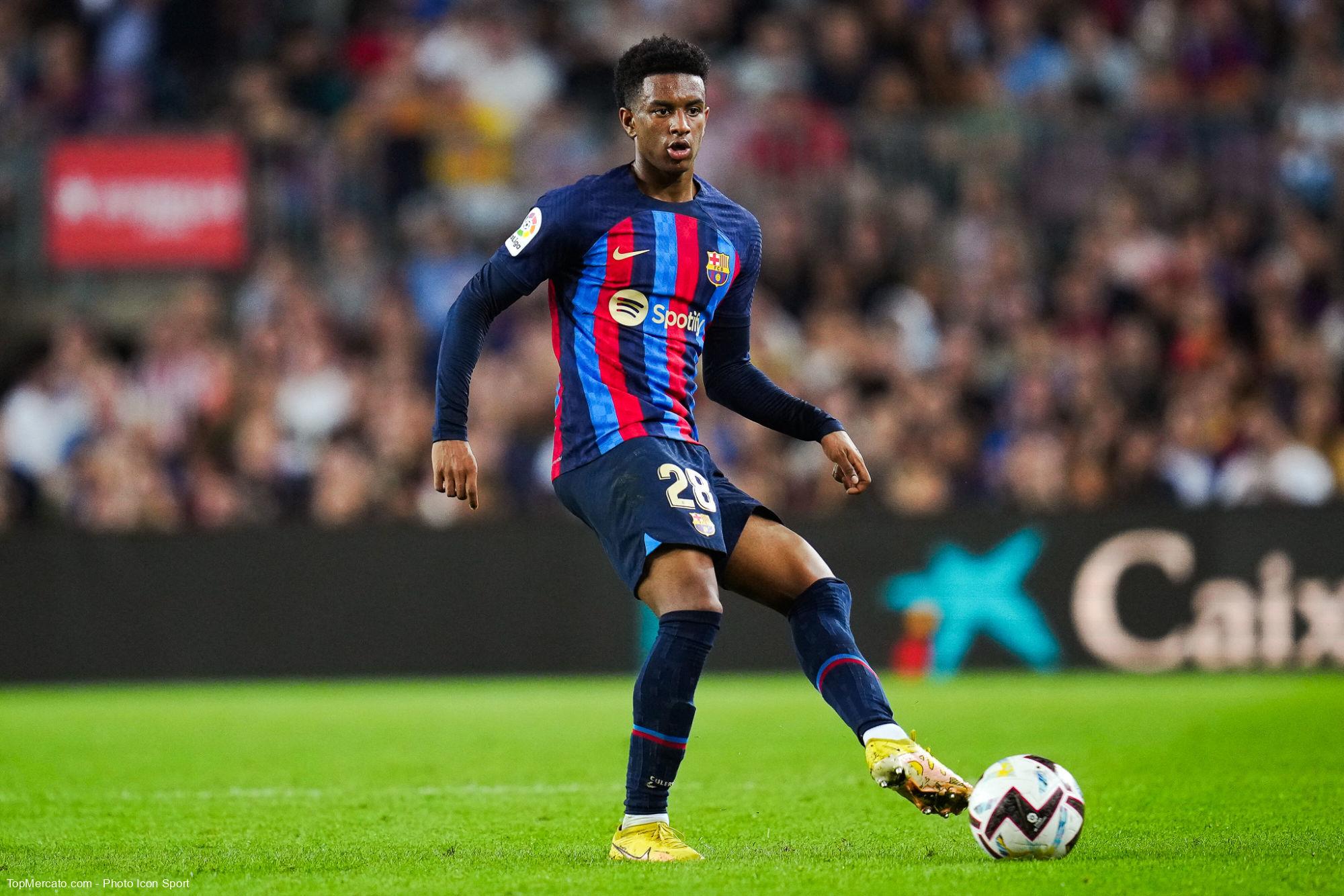 Called at the last minute by Luis Enrique to compensate for José Luis Gaya’s package, Alejandro Balde is currently playing the 2022 World Cup in Qatar with Spain. Last Wednesday, the young FC Barcelona defender honored his very first selection with La Roja during the demonstration against Costa Rica (7-0), in a Group E match. Shortly after the hour mark , the 19-year-old left-back took the place of Jordi Alba, his direct competitor in the Blaugrana squad.

“I want to stay at Barça”

On the sidelines of the gathering of the 2010 world champions, Alejandro Balde spoke about his situation with the Catalan club. Asked by the COPE, the native of Barcelona has shown his desire to continue the adventure with Barça. The Catalan number 28 has thus confirmed the existence of discussions with the leaders of FC Barcelona with a view to signing a new contract, while his current commitment expires in June 2024 with a release clause in the amount of 500 million euros. euros. “They are working on it. I want to stay at Barça. What must happen will happen.”

Alejandro Balde on contract renewal with Barcelona: “They are working on that. I want to stay at Barça”, he told @HelenaCondis. 🔵🔴🔒 #FCB

“What has to happen will happen”, Balde added.

Negotiations are already underway and will continue. All parties, confidant. pic.twitter.com/DktOpTHycz

The latest information published by the Spanish media clearly points in the direction of an extension and a future agreement between the two parties. FC Barcelona plans to accelerate discussions in this direction after the World Cup. All competitions combined, Alejandro Balde has played 16 games since the start of the 2022-2023 season, for 12 La Liga games. Like Pedri, Gavi and Ansu Fati, the young Spaniard also embodies the future of the Camp Nou-based club.