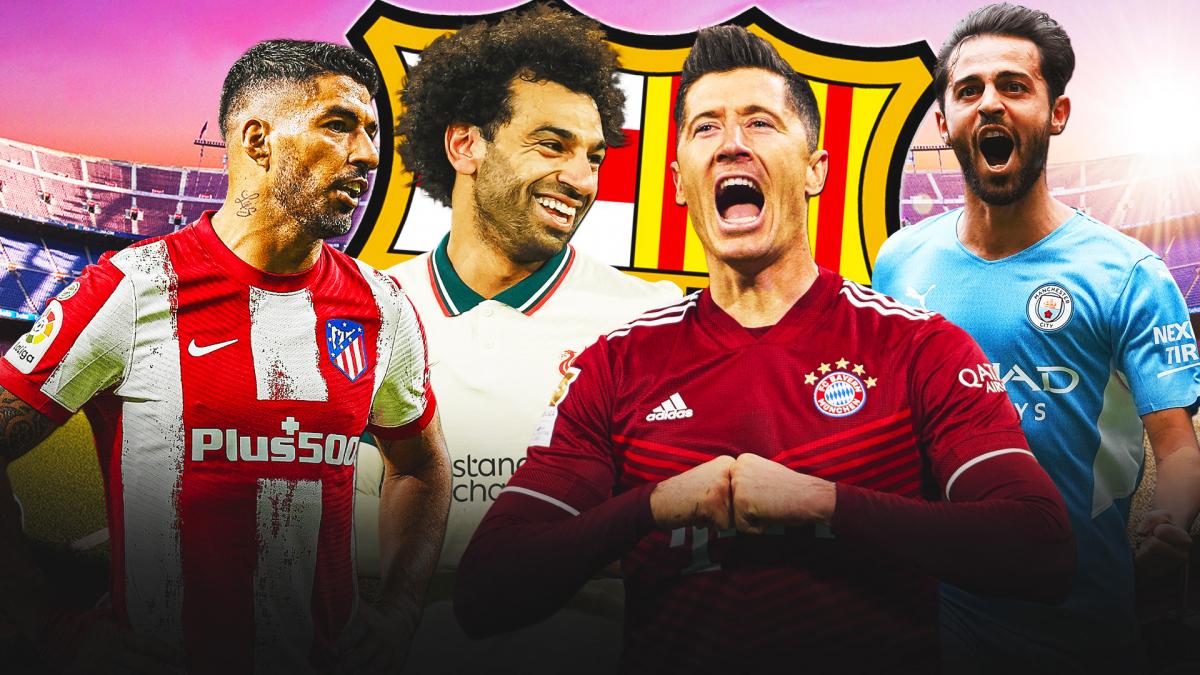 FC Barcelona on all fronts

According to SportBarça is close to reaching an agreement with Manchester United for the sale of Frankie de Jong. An operation which would be around 80 M€, the hope being to complete the transfer before June 30th. This will allow the Catalan club to look into arrivals, in particular that of Robert Lewandowski including an offer of 40 M€ should reach the Munich leaders. The Polish serial striker could be associated with a certain Mohammad Salah. Unable to agree on its extension, Liverpool would have decided to part with it this summer. But the 75M claimed by the Reds should calm the ardor of Barça. Bernardo Silva also dreams of the Blaugranas. For the Mundo Deportivo. for sure, the Citizen will be a FC Barcelona player this summer. The Portuguese will do everything to realize his dream, he who has already offered his services in the past. Luis Suarez is mentioned as plan B in Barcelona, ​​​​as for Francisco Trincãohe should be the successor of Ousmane Dembélé in the event of departure.

Chelsea’s new American owner Todd Boehly wants to hit hard and has big ambitions for his first transfer window in charge of the Blues. According to DailyMail, he dreams of affording the Sterling-Dembélé doublet. Re Raheem Sterlinga new offer should arrive on the table of the leaders of Manchester City. The Telegraph speaks of a check between 58 and 69 M€, more very far therefore from the 70M claimed by the Cityzens. For Ousmane Dembele, he will just have to be convincing from a financial point of view since he will be free in a week. In any case, the option of the Blues does not seem to displease Dembouz who would be delighted to collaborate again with Thomas Tuchel.

Hakim Ziyech in the sights of OM

If Chelsea were able to complete these two big shots, attacking players will inevitably be pushed out. We find at the top of the list the Moroccan hakim ziyech. Not necessarily in Thomas Tuchel’s plans, the interested party could therefore leave the London club in the form of a loan. Many clubs are interested such as AC Milan, AS Roma, Olympique Lyonnais or Olympique de Marseille as revealed by our colleagues from 90min. Pablo Longoria is mindful of the 29-year-old’s situation, however, the player’s salary demands could be a drag. The person concerned claims between 6 and 7 million euros annually.