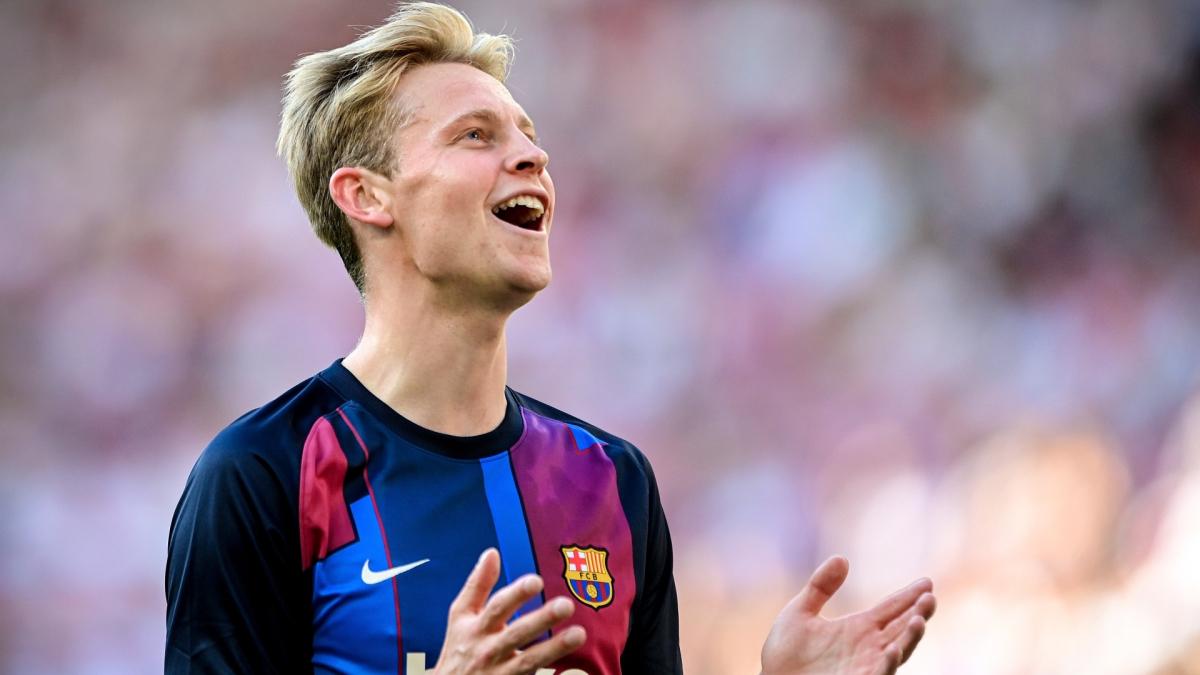 The general trend on the Barcelona side is one of optimism. After yesterday’s game, where the Catalans believe they were level with the Merengues, and even before that, Barca fans predicted a bright future for their heart club. And for good reason, with young people of the caliber of Pedri, Gavi, Ansu Fati or Nico Gonzalez, the Blaugrana team has enough raw material to hope to find the level which is its own. The young people of the club are also very often praised, and put at the heart of the project by Joan Laporta. But in the middle of all these beautiful people, there is a player, a little older than the players mentioned but still relatively young, who escapes this wave of positivism.

This is Frenkie de Jong. Yet seen as the new boss of the Barcelona midfield for the next decade when he arrived in Catalonia two years ago, the player trained at Ajax no longer seems to really convince his world in Barcelona. Already, it must be said, because he has not always been at his best on the pitch. If he was never one of the weak links in the team, he also rarely managed to pull his people up. Even if the general context has never really put him in the best conditions since his arrival, people are still generally unsatisfied. And in recent weeks, there has been more and more talk of a sale of the Dutch environment.

Carved in the media

Already, because it is still very bankable, and a sale would allow to have much more room for maneuver in files like that leading to Erling Haaland. And behind, with Gavi, Pedri or Nico Gonzalez, Barça has enough to cover his departure. But above all, there seems to be a certain ambient toxicity around him, with the media increasingly critical and harsh about him. In the notes from Wednesday night’s encounter, he gets a 4/10 in the newspaper Sport, the team’s worst rating tied with Dani Alves. However, if it is true that he was not flamboyant, we cannot say that he was less good than Busquets for example, who nevertheless receives a 5/10, while other players who made questionable copies like Alba received a 6/10.

This same media wonders what Barça should do this morning in a paper published on his website, while a few days ago he had already published a list of possible destinations for the 24-year-old. Is anti-Frenkie de Jong sentiment building in Barcelona? At a time when team executives like Busquets, Piqué or Alba are rather spared despite performances that are not always flamboyant, we don’t seem to forgive anything. FdJ. Are the leaders of Barça behind all this to facilitate a departure? It is still too early to say, but one thing is certain, De Jong is no longer considered a pillar of the future FC Barcelona. His replacement at the break by Xavi last night was nothing trivial, when, here too, he was far from being the worst on the lawn. To be continued…