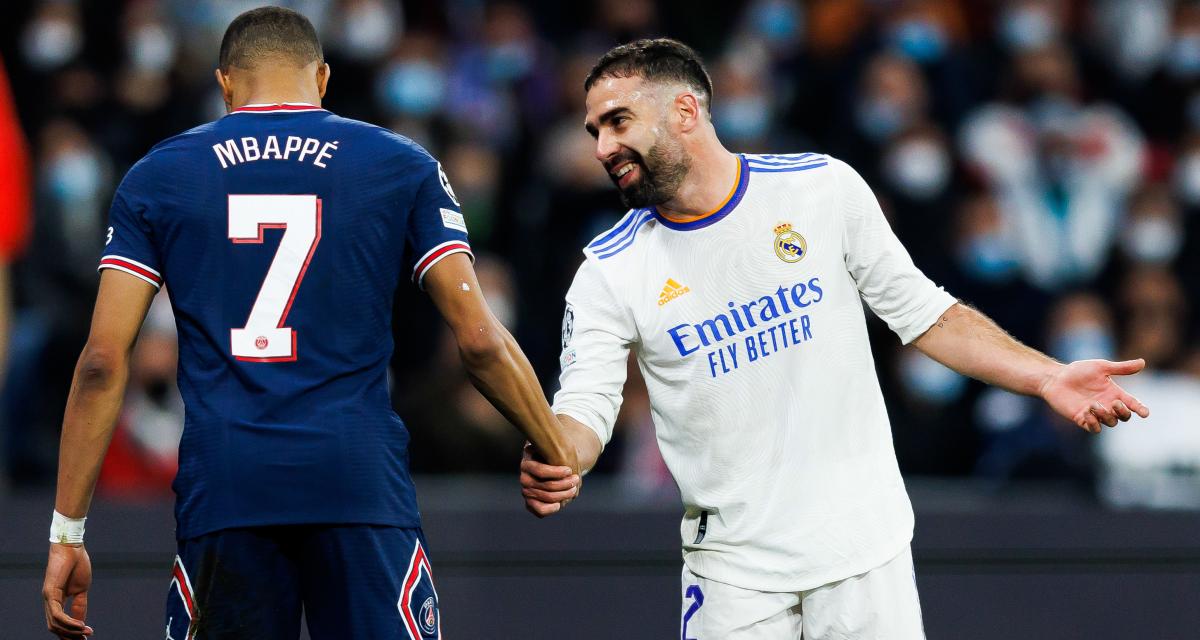 Hampered by injuries in 2020-2021, Dani Carvajal slowly gained strength with Real Madrid this season, until he muzzled Luis Diaz in the Champions League final won against Liverpool (1-0).

Almost a month after his fifth title in C1 with the Meringuethe Spanish right-back took stock of the Madrid exercise in an interview with AS.

In the columns of the Spanish daily, Dani Carvajal mentions in particular the exceptional performances of Karim Benzema, the soap opera Kylian Mbappé or the arrival of Aurélien Tchouaméni.

“Yes, I think that’s a fact that only Karim (Benzema) and Luka (Modric) can share with me. I feel very proud to have helped the team in the starting five. That says a bit more about how hard it is to be at the top of your game at this club and stay a starter for so many years. That’s why Marcelo, Sergio (Ramos), Iker (Casillas), Raúl? Players who have been starters for so many years, with the demands that this jersey requires, it’s something to be valued.”

“They are the best players. The team offers, but they also know how to play, they know that with a superior team at times you have to know how to come together, seek space in a different way. If everything was A or B, it would be very boring if all the teams played the same way. That’s the beauty of football, every tactic and every way of approaching games is different, and I think that gives value to what we’re doing. But if someone consoles themselves by saying that we just have to win, I respect their opinion, but I don’t agree at all.”

“Nobody, no other candidate is far from him. Not only what he helped us to achieve, which was a very important element. In a high percentage, he was the one who led us to success: the goals he scored, the assists he gave… Anyone who has seen Karim, there is no doubt that the Ballon d’Or is his.”

“As for the Mbappe issue, it looked like it was pretty much a done deal. He was coming to the end of his contract, but he finally decided to stay. He made that decision. He will have assessed it with his entourage, weighed the pros and cons and we must respect everyone’s decision. He stays in Paris to try to win the Champions League with them. Sometimes, there are trains that only run once… I don’t want to close the door on him, far from it, but in the future we don’t know what will happen. A high percentage of active players, if Madrid knocked on their door, wouldn’t even think about it. He made this decision. He is in his city and has been under a lot of pressure. He is the reference, the idol, the star and he wants to make history with his club. I think it is legitimate. But Madrid will be there, has been there and will be there. Madrid is above it all.”

“In terms of the band he is a leader, a point of reference for all, every time he speaks, everyone puts their five senses to listen and understand him. He achieves harmony between those who play more and those who play less, he tries to understand everyone, he was a footballer and knows that not playing is not an ideal situation, he is a great coach and he knows how to approach games, but he stands out by the way he treats the players”.

The pronunciation of “Tchouaméni” and its transfer

“It’s not easy, no… We will try to find a simpler name for him (laughs). I think that beyond the fact that the future is guaranteed, we can see the result today The club continues to win, with these young people it goes up and I think in that sense we can be calm.”

Almost a month after winning his fifth Champions League with Real Madrid, Dani Carvajal (30) spoke of the Merengue’s eventful season, between the exceptional performances of Karim Benzema, and the soap opera Kylian Mbappé.

Mercato | Mercato Mercato – PSG: Al-Khelaïfi is working to solve an old problem from the QSI era