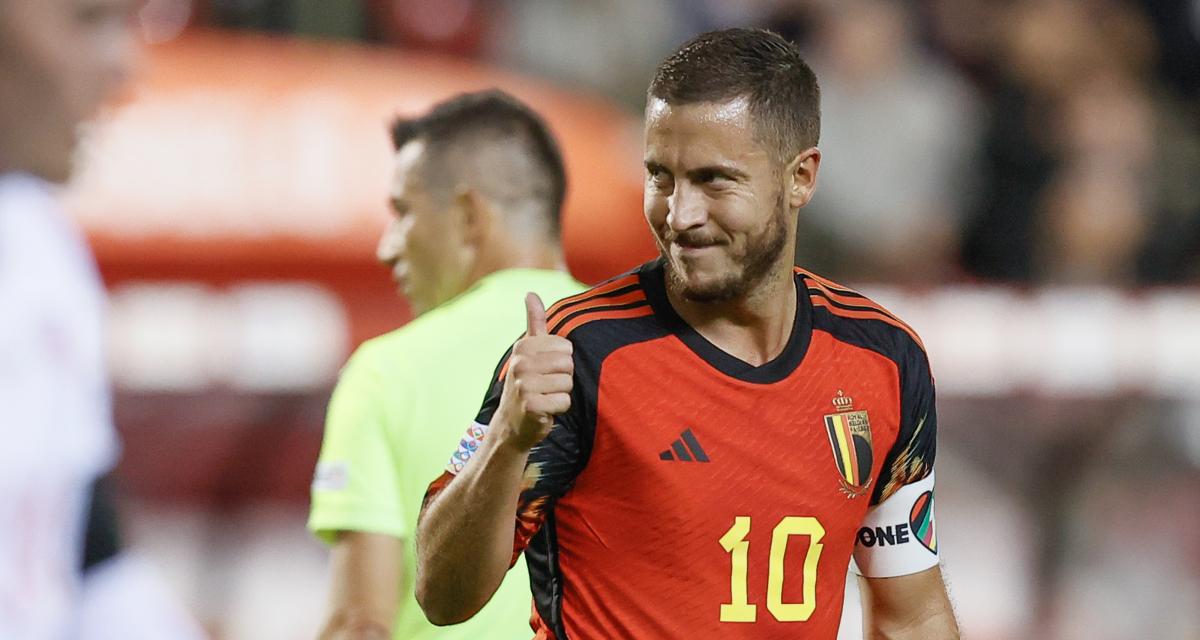 On Thursday evening, Belgium won at home 2-1 against Wales in the Nations League. With this success, the Red Devils are still in the race to qualify for the “Final 4”, the task nevertheless promises to be very difficult, since they will have to win against the Netherlands by a minimum of three goals to finish first. of the group. Holder against the Welsh, Eden Hazard delivered a solid performance for 65 minutes, before being replaced by Trossard. Positioned on the left side of the attack, the former Blues player showed his legs. Good news for Belgium, before the World Cup in Qatar on November 20. After the final whistle, the Belgian returned to his team’s performance, but also to his performance.

“It was a pleasure, we had a good game, especially a very good first half. We won the game, we took three points and we are going to Holland to prepare well for the World Cup. I know what I can do when I play. It’s up to me to try to scratch as many minutes as possible and arrive in good shape at the World Cup.”

Still confined to a role of luxury joker in Madrid, the former LOSC player believes he is ready to chain the matches this season. The Belgian number 10 has only been a starter twice with the Merengue for the moment, barred by competition from Rodrygo and Vinicius Junior in his position. Away from injuries this year, Eden Hazard wants to have more playing time to arrive in optimal shape at the World Cup.

“I want to play, it has been complicated times, because I want to play, but I don’t play. But I give it my all, I want to be on the pitch. I I feel good at Real Madrid, it’s just that I play less, but when I play I play well. It’s a tricky situation. I want to play more, I know I can bring more. By picking up the pace, I’ll come back, but I just have to play.”

The Red Devils player hopes that Carlo Ancelotti will trust him in the coming weeks. With the sequence of matches every three days, the Belgian left winger should find more playing time after the international break, especially if he displays the same level as in the selection.

Holder against the Welsh, Eden Hazard delivered a solid performance for 65 minutes before being replaced by Trossard. Positioned on the left side of the attack, the former Blues player showed his legs. A good omen before the World Cup in Qatar on November 20.