Before the round of 16 of the 2022 World Cup against Poland on Sunday, Didier Deschamps paid a fine tribute to one of his players. Very prominent since the launch of the event, Adrien Rabiot caught the eye of his coach. 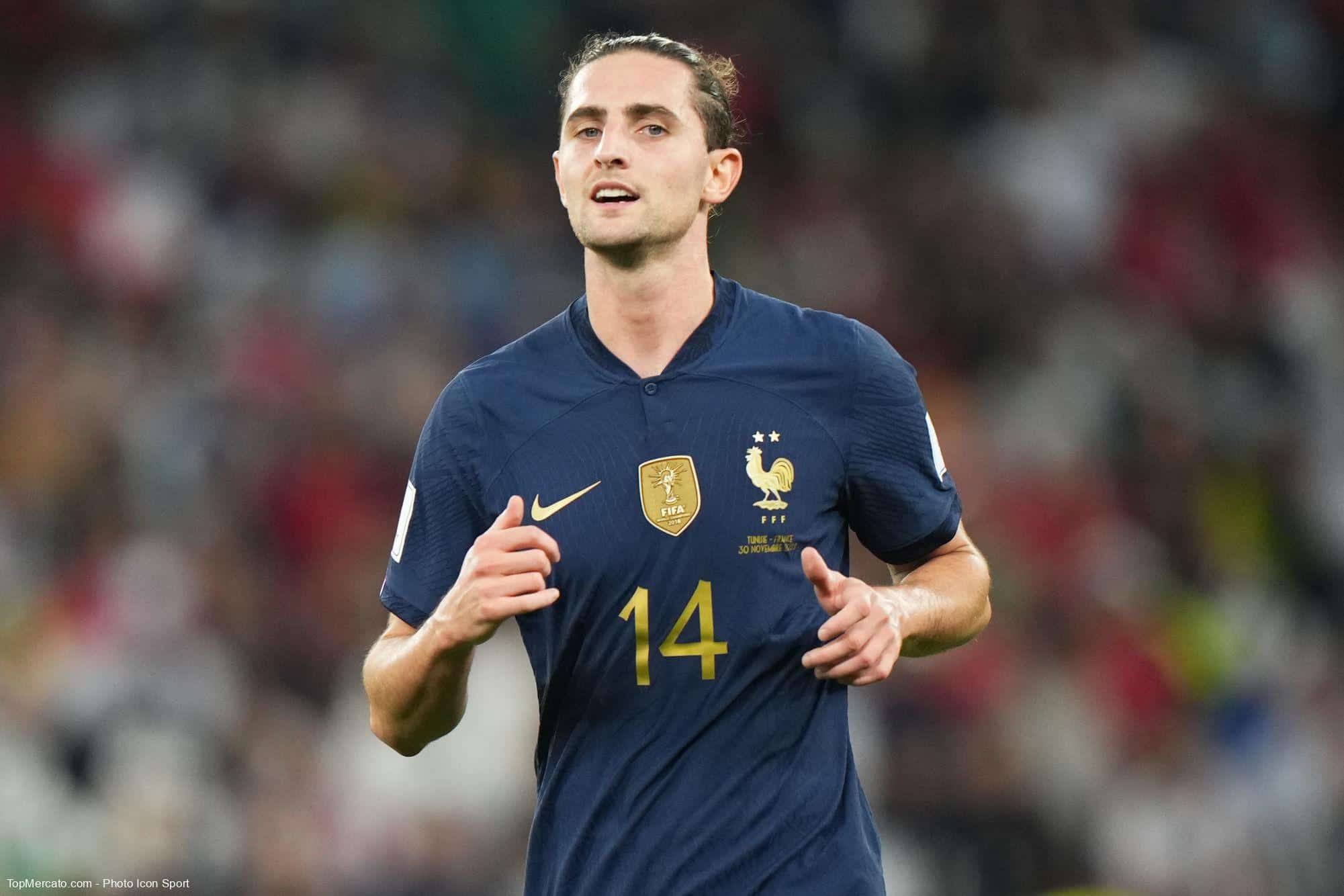 Adrien Rabiot made a convincing start to the 2022 World Cup. Started in the first two Group D games against Australia (4-1) and Denmark (2-1), with a goal and an assist against the Socceroos, the midfielder of the France team was then spared against Tunisia (0-1), not without coming into play in the second half. Brought to sign his return to the starting lineup on the occasion of the round of 16 against Poland, this Sunday, the player of Juventus Turin can count on the support of Didier Deschamps. During his last press briefing this Saturday, which was held with goalkeeper and captain Hugo Lloris, the coach of the Blues paid tribute to the former Parisian, who is preparing to honor his 33rd selection tomorrow. “DD” is pleased that the native of Saint-Maurice is completely free in the head.

“He removed things that bothered him”

“It’s him on the pitch and it’s him on a human level. I haven’t discovered him, he’s been with us for a while, even if he unfortunately had a break at one point, for various reasons. He is in full possession of his faculties. He is in the continuity of what he has been doing with his club for several weeks before this World Cup. On a human or character level, he is as he is, I know him well. He removed things that bothered him at a time when his placement, his positioning could limit him psychologically. He is a complete midfielder, lower or higher. As he defines himself, and this fits him perfectly, he is a balance player. It’s not simplistic or negative. He is capable of performing defensively and creating danger offensively. Compared to the players around him, I don’t need to tell him three or four times, he knows, he feels where he needs to be, he has that intelligence. Good for us that he is at this level.”