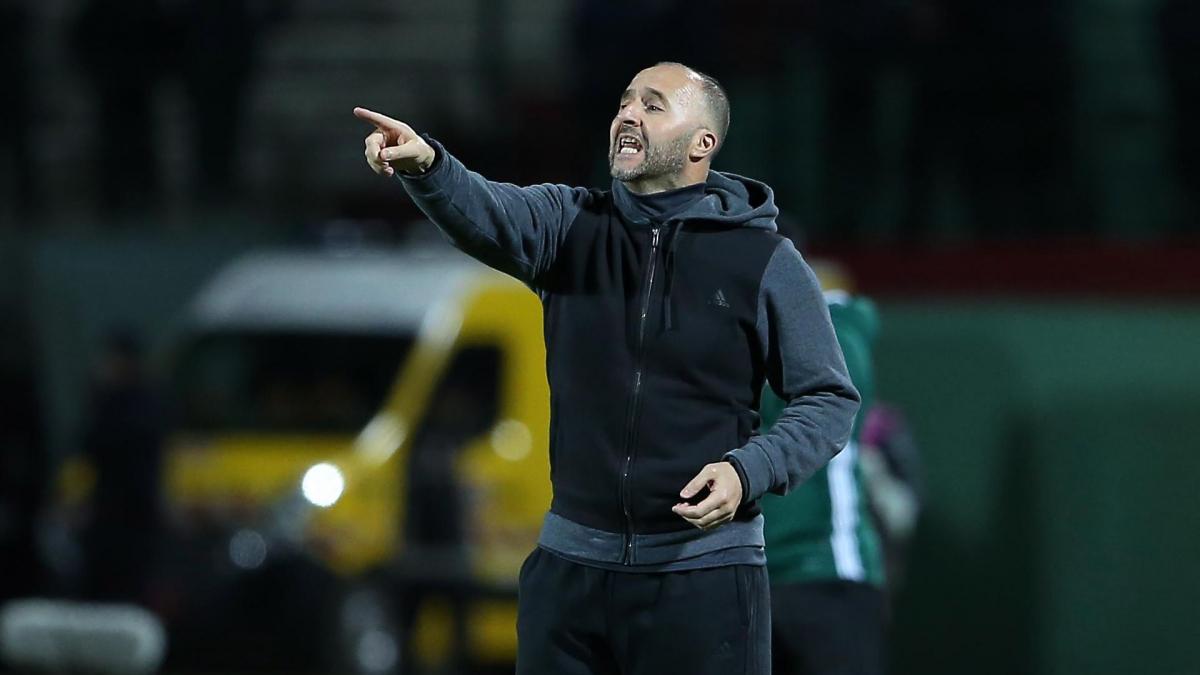 A case that has made, and still makes, a lot of noise on the football planet. As part of the qualifiers for the 2022 World Cup in Qatar, Algeria had to face Niger twice during this international break in October. The Fennecs, in Olympic form for several months, did the job by winning the first game 6-1 on Friday before winning again 4-0 on Tuesday night. But for this rally, the national coach Djamel Belamdi had to do without Andy Delort.

Transferred from Montpellier HSC to OGC Nice this summer, the 30-year-old striker asked to stay focused on the Aiglons and his new club, putting the Algerian team on hold for about a year. Last Thursday, before the first match of his men, the coach had therefore had very harsh words when justifying the absence of the former Montpellier: “Four-five days ago, he sent me a message where he said he favored his club in a competition with Dolberg and Gouiri and had to put the selection on hold for a year. These are words. I had a heated discussion with him. ” And a week later, Djamel Belmadi decided to go even further.

Guest of the program “Rothen s’flamme” on RMC, the 45-year-old technician once again smashed Andy Delort and his pick: “It’s the big joke of the year! We must not miss things like that and say enormities like that. You say it in a rather simplistic tone. That’s what he said. Only for a year, it’s either big stupidity, or nerve that has no limits! We don’t accept that. It’s only for a year … What happens in a year? (There will be the 2022 World Cup in Qatar, Editor’s note). ” Reassembled, Djamel Belmadi did not stop there.

“So we are going to play under 40 degrees in Niger with appalling conditions, we are going to hit each other for all of Africa, during this entire qualifying campaign which is almost hell. And when everything is done, everything is settled, the gentleman comes back like a little bride and “it’s good, I’m available now”. It is doubly disrespecting us ”, he blurted out. Seeing Andy Delort again under the orders of Djamel Belmadi may therefore be complicated, even if the latter knows that he will leave one day: “Me, I am not eternal in the Algerian team.” Atmosphere, ambiance.

🗣💬 “It’s the big joke of the year. Wanting to stop the national team for a year is either stupidity or limitless nerve. We are going to have sex all over Africa and when everything is done the gentleman is coming to the World Cup? “