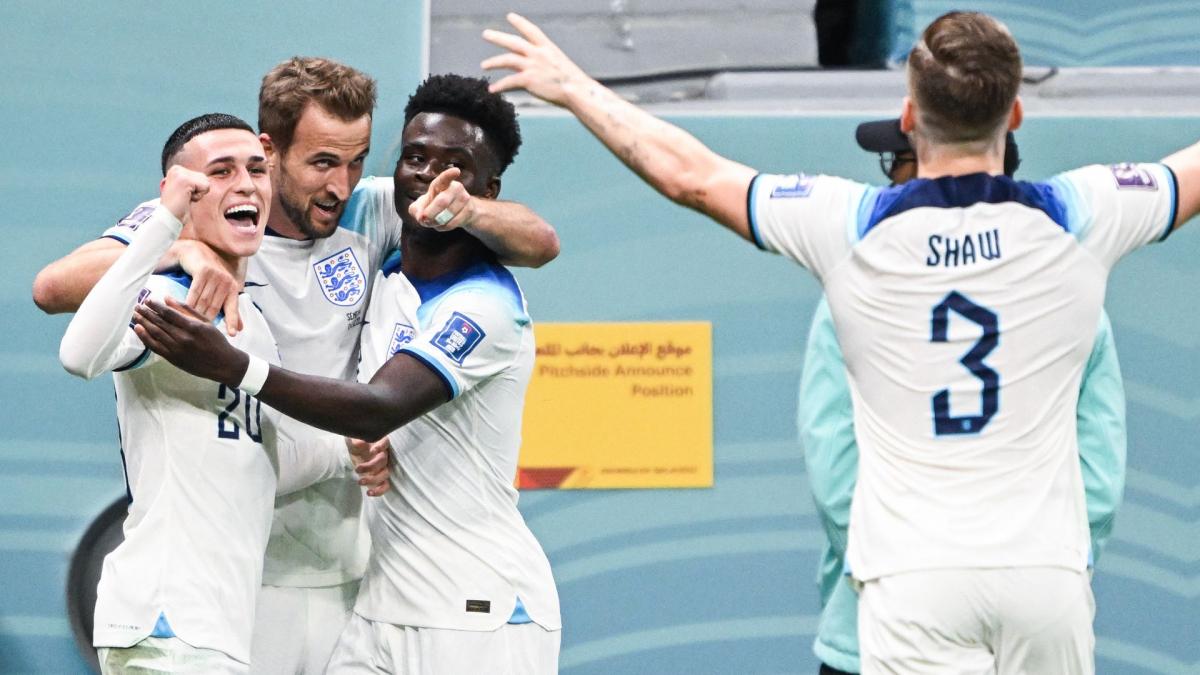 The long-awaited poster by many football lovers will therefore indeed take place in Qatar. Next Saturday, around 8 p.m., the France team and England will meet in the quarter-finals of the 2022 World Cup in Qatar. Favorites of their respective round of 16 against Poland and Senegal, the Blues and the Three Lions rolled out to secure their place in the next round.

The reigning world champions did not have to force their talent to defeat the Aigles Blans (3-1) this Sunday afternoon, while our English neighbors showed great control to dispose of Senegal ( 3-0) later in the evening. Inevitably, all eyes quickly turned to this enticing quarter-final between the English (best attack in the World Cup with 12 goals) and the French (co-best attack of the tournament with Spain, at 9 goals).

From the final whistle of this fourth round of 16 in Qatar, Gareth Southgate’s players were asked about their future opponent. “Yes, we will have to be focused, it’s a difficult match, they are world champions, but it will be a great battle, we will recover well and we will be ready for the match”launched Harry Kane, as a good captain, at the microphone of bein Sports, after offering a real recital against Senegal. Phil Foden made him understand that the Blues were favorites. “They seem to be the strongest in the competition so far. We support each other every day and we are confident. »

In the first English reactions, a name obviously came back on the table several times: that of Kylian Mbappé. Top scorer of this World Cup thanks to his 5 pawns planted in Qatar, the PSG striker has something to scare England. “He’s probably the best player in the world right now.Jude Bellingham first estimated, before continuing. There is so much talent in this team, I want to test myself against them. It will probably be a great game. »

The English are already thinking of Mbappé

Jordan Henderson assured him, with a smile, that his Liverpool teammate Ibrahima Konaté would not give him any clues about the upcoming confrontation, before resuming his seriousness and emphasizing, there too, the presence of KM7. “It’s a world-class team. Kylian Mbappé is in great shape, he is probably the best player in the world with Messi. They are incredible players, the quality in every position…they are world champions now, it will be a very tough test for us next week. » The shock is launched, and it promises.