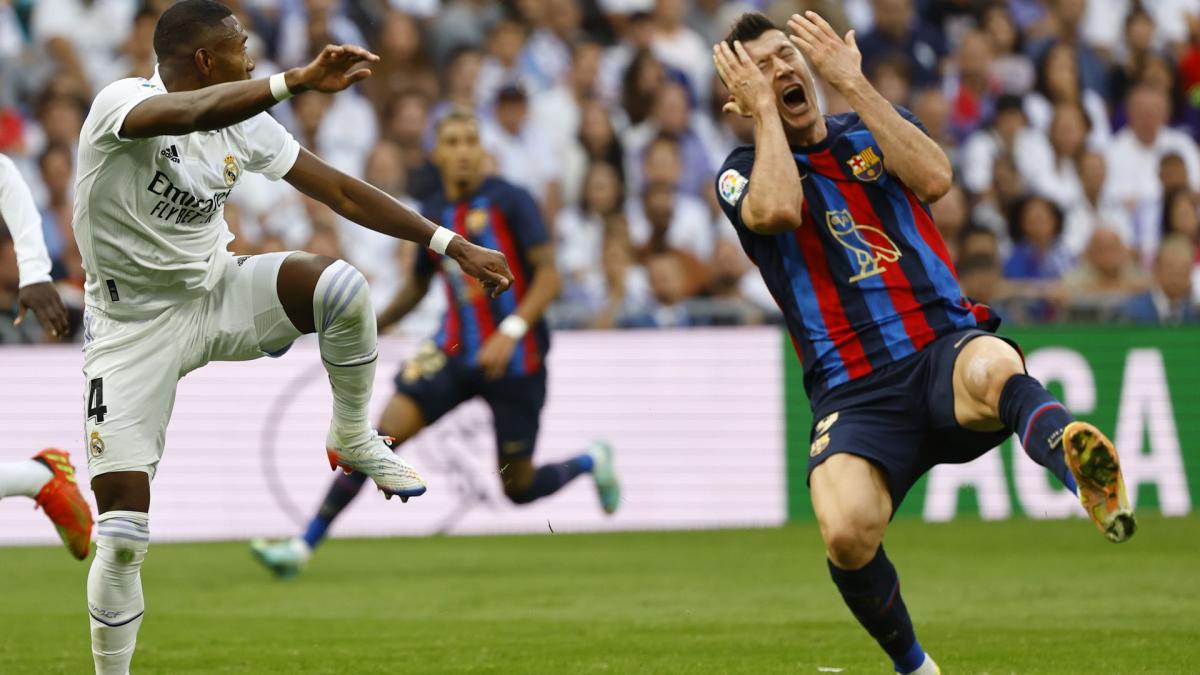 Yes, the level of La Liga is in freefall

The observation is obvious if we base ourselves on European competitions. Only one La Liga team in the round of 16 had never happened with the current format of the competition. Especially since Sevilla, Atlético and Barça took the door without pain or glory. Today, there is only one Spanish club that scares Europe: Real Madrid. Far from what happened until recently, where the Merengues were accompanied by an equally formidable FC Barcelona, ​​​​an Atlético who knocked down big names and even, occasionally, other teams. like Seville. Clearly, the Spanish top flight is no longer at the level of the rest of the European top flight.

Beyond the results, which can sometimes be put into perspective, we felt a certain helplessness, especially in the case of Barça and Atlético who should and could have done much better. Beyond the scoreboard, during their duels against their group rivals, the two clubs were overtaken on all fronts: technical, tactical and physical. A real feeling of inferiority to say the least worrying, and difficult to explain, even if there could be a strong argument. Spanish clubs are perhaps no longer used to playing against rivals of such a level and imposing such intensity, mainly because they face rather weak teams every weekend.

Another major point often underlined by the detractors of the championship, it is the continual loss of the stars within the biggest stables of the country. Neymar, Cristiano Ronaldo, Sergio Ramos, Lionel Messi and many more, while at the same time no real replacements have been found for the players in question. What to lose at all levels: attractiveness, spectacle, marketing etc, at a time when the best players on the planet seem above all to favor the Premier League.

No, the poor results of this season are only circumstantial

After several seasons of La Liga where the show was not necessarily there, we are witnessing a small revival this season. The rather defensive and limited teams in the game have gradually disappeared, and we see more and more teams putting on a show. Or at least display quite offensive intentions. The statistics and the content of the matches thus prove that this first small third of the season in Spain is much more prolific and rich in opportunities than the seasons which preceded it. If it is true that some locomotives of the championship are a little weakened, many clubs like Villarreal, Betis, Real Sociedad and even others like Rayo Vallecano, Athletic or Osasuna show their best level and their best workforce. for many years. A homogenization in the first part of the table which seems to be upwards, in particular thanks to the explosion of lots of young people in the four corners of the country. As for Barça’s results in the league, if we put aside this superb match against Athletic, the balance sheet is certainly good but the content of the meetings has often been average with misleading results.

We can also point out that it is a bit hasty to take stock of a single season. Over the past five seasons, La Liga has always been second behind the Premier League, well ahead of the other leagues. Even this season, La Liga is at 10,000 points, less than the Premier League (12,428), but ahead of the Bundesliga (9,750) or Serie A (9,071), while Ligue 1 totals 7,583 points. It should be noted that it is largely thanks to the three teams initially entered in other European competitions – Betis and Real Sociedad in the Europa League and Villarreal in the Conference League – have already qualified with flying colors for the next round, in moreover, groups that are not easy to negotiate. We can start to worry if the trend in the Champions League were to be confirmed over time.

Then, is the European argument really the most relevant for judging the quality and/or level of a championship. It is a criterion to be taken into account, of course, but is it the only one? When La Liga clubs were winning almost everything on the continental scene, was La Liga the best league on the planet? Not necessarily, especially since the mid and bottom teams were much weaker than currently. Likewise: when English clubs were struggling in the early 2010s, did that mean the Premier League was a second-tier league? Clearly not…