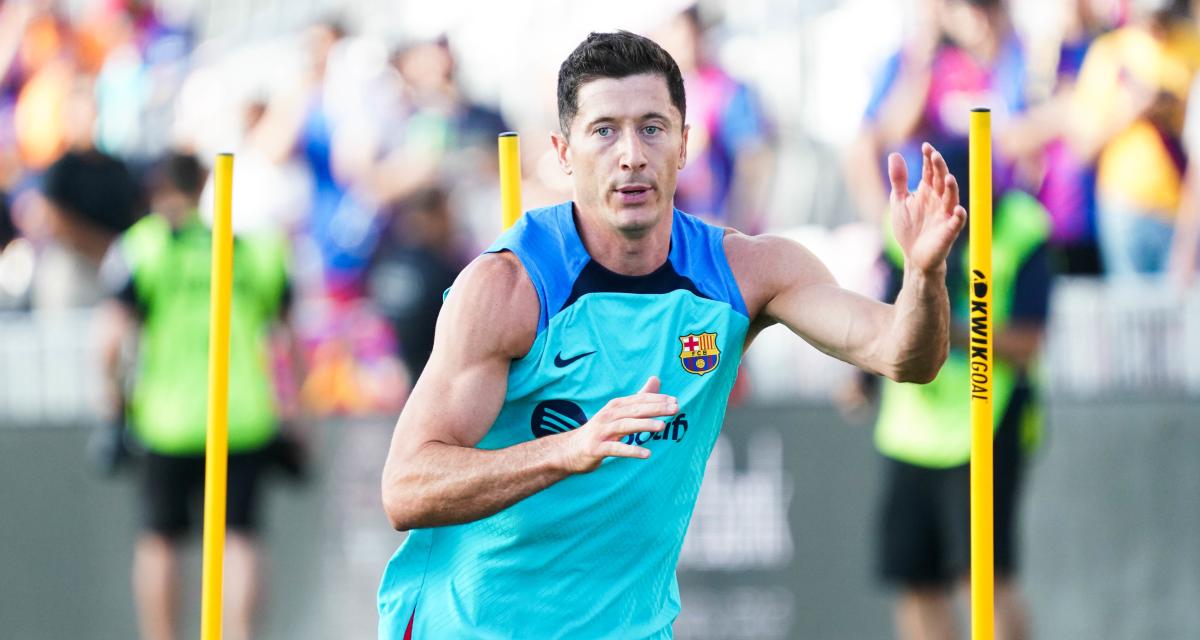 A historic day for Laporta

It’s a day when the Culés feel the club more than ever and it shows that they are more than just a club. Thanks to Robert for making the effort to come. We made it together. Starting with your agent Pini Zahavi, Mateu Alemany, Jordi Cruyff and everyone else who has worked with you, plus Rafa Yuste as VP Sport. (…) This is further proof that there is a new era and I think it will be splendid in the history of Barça and you will be one of the references.

I want to explain an anecdote his mother told me. Twenty years ago Robert came here with his mother and his mother touched the grass and told him that one day he would play on this pitch. It’s funny how sometimes predictions come true.

Lewandowski wants to be a leader

Of course, it’s a challenge to be one of Barca’s leaders. I want to show what I can do on the pitch. I want to show that I can help other players perform better with my experience. I saw the Barça project, it encouraged me. Everything is going well so far. From the start of the season, we have to show that we are in a good dynamic.

Depay’s number 9 given to Lewandowski

Number 9 was decided by the club. For reasons that are in the interest of the club, for image and publicity reasons. We considered it an appropriate decision and made it with all due respect to Memphis.

Lewandowski on his age and fitness

My age doesn’t matter right now, it’s a number. I don’t feel like I’m 33. Physically I feel very good, I have been playing at the highest level for many years. That’s not the question we need to think about

His departure from Bayern

About the transfer, it was not easy to leave Bayern because I spent 8 years there, but for me and my family it was the perfect next step in my life and career.

His meeting with Xavi

After a few minutes of the first interview, I already knew what the coach’s idea was. When I spoke to him, I understood the idea and what he wanted from me. After these interviews, I saw that he had a clear idea. I’m with him because he’s the right person.

His duel with Benzema

Of course, I can’t wait to play and I’m ready to play against Madrid. I know how to play against them. I know their last season was very good, but we are here to beat them. I’m not thinking of Madrid or Benzema. He is an extraordinary goalscorer, he has been playing in La Liga for years but the important thing for me is to play well for Barça, not against him.

Find the highlights of Robert Lewandowski’s press conference with Barça. The player was first presented at Camp Nou before appearing in front of journalists to answer questions from the press.