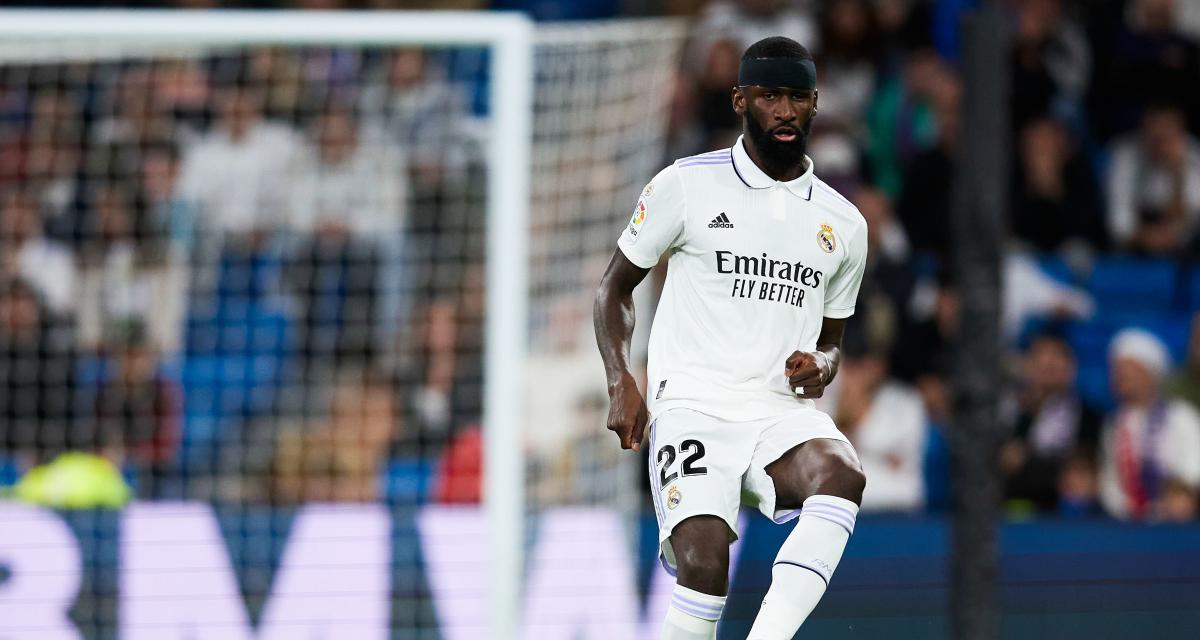 Arrived this summer from Chelsea, Antonio Rüdiger is excellent with Real Madrid this season. The German central defender has already participated in 15 meetings with the Merengue in all competitions (2 goals). Victim of a terrible shock to the face against Shakhtar on October 11, the central defender only played three minutes against Barça, but started against Elche. Against Sevilla last Saturday, Rüdiger started the game on the substitutes’ bench. He entered the game 14 minutes late in the game and still plays with his headband. In balance with Eder Militao or David Alaba to start the match tomorrow against RB Leipzig, the German central defender was today at a press conference with his coach Carlo Ancelotti. The former Blues player spoke about his integration into Madrid, on Benzema’s Golden Ball, and praised Toni Kroos and Vinicius Junior. Words relayed by Real France.

“I was able to benefit from the help of teammates like Kroos and Alaba. I’m very happy and I want to give 100% for this club.”

On his first months at Real Madrid

“I’m satisfied with my performance. I’m on a good series of matches and I don’t have to play every match because we have a dense squad with a lot of quality. I’m happy, happy.”

“It’s a great team with players like Werner. We all know the qualities of a player like that and I hope he demonstrates them… At the World Cup! Not tomorrow (laughs).”

“Benzema deserved his Ballon d’Or. He had a fantastic season. As for me, it’s the first time I’ve been in such a ranking, I think it’s nice. But it doesn’t change my attitude.”

“For me, he’s like a little brother. He helps me improve in Spanish and I don’t know how we do it, but we understand each other. As a player, he’s huge. He shows it in every game. I hope he wins the Ballon d’Or one day.”

“He’s a Real Madrid legend in my opinion. He’s a respected person. I can’t tell you anything about his future but I see him enjoying football. He’s happy. The decision is his. I wish let him continue. He left the team being a player who made the difference, he will be missed in Qatar.”

In balance with Eder Militao or David Alaba to start the match tomorrow against RB Leipzig, Antonio Rudiger was today at a press conference with his coach Carlo Ancelotti. The former Blues player spoke about his integration into Madrid, on Benzema’s Golden Ball, and praised Toni Kroos and Vinicius Junior.