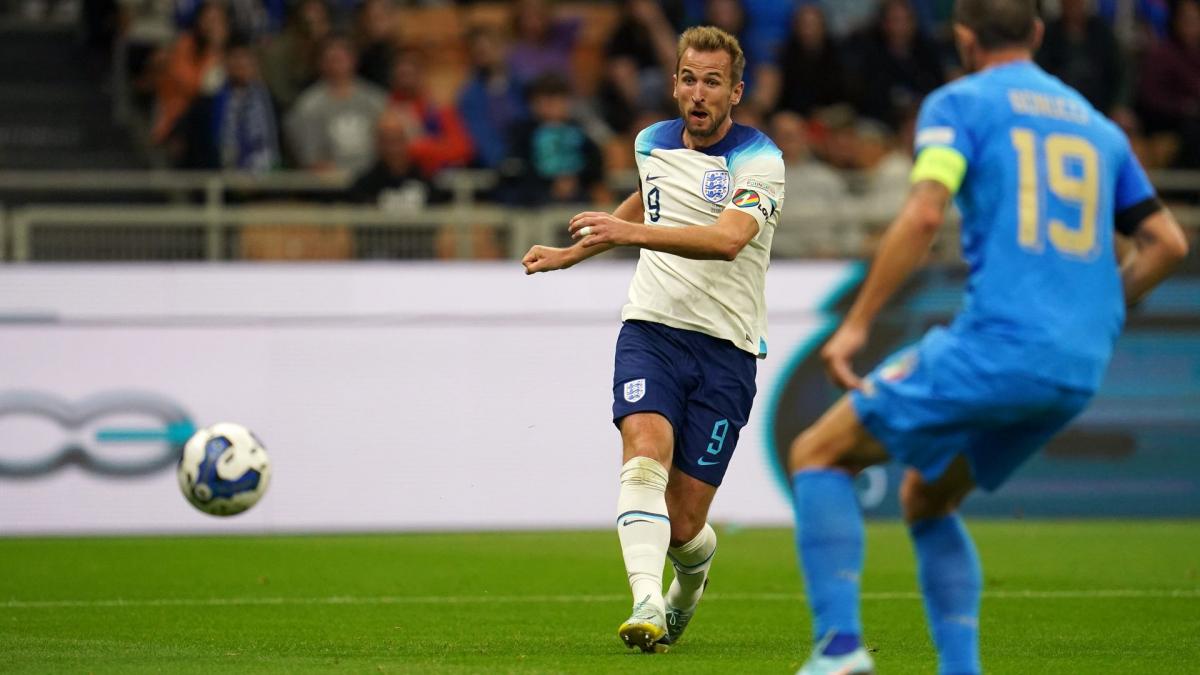 Continuation of this international week this Friday evening with a big clash between Italy and England, two teams still fighting for the Final Four in the group of death, with Hungary and Germany, which we will discuss more late. In search of a first success in this competition, the Three Lions absolutely had to win, on pain of being relegated to League B. And despite their absence in Qatar, the Italians wanted to show that they had resources against to the English. Quickly, Scamacca dropped a nice header, forcing Pope to pull out all the stops. The firm hand, then the crossbar saved the English (5th).

But despite a slight Italian domination, the spectacle offered in the first period did not live up to expectations, especially from the English. After the break and during a counter-attack, Dimarco missed his cross and Barella failed to recover (57th). And finally, on a superb deep ball from Bonucci, Raspadori had very good control, turned around and could hit powerfully directly into the right of Pope’s goal (1-0, 69th). At the end of the match, the Squadra Azzurra could even have doubled the bet, but Dimarco found the post (84th). Something to give hope to the Italians, still in the running for the Final Four.

And if the draw between the Italians and the British did not help anyone, Germany offered a royal road to the Final Four to Hungary. Terribly disappointing throughout the game, the Mannschaft were surprised after a good cross hit by Szoboszlai, directly taken over by Szalai (1-0, 18th). And despite the numerous changes made by Flick, the Germans failed to come back and were closer to conceding a second goal than anything else. Result: Germany (3rd) is eliminated from the group, while England (4th) is relegated to League B. The meeting between the two teams will only serve for honor, while Hungary (1st) will play a group final against Italy (2nd), Monday in front of his audience (9 p.m.).

In the other Leagues, Bosnia and Herzegovina ensured their rise in League A thanks to a narrow victory against Montenegro (2nd). In the same group, Finland (3rd) and Romania (4th) – who will play their survival against Bosnia on Monday – failed to decide. In League C, Bulgaria pulverized Gibraltar, which will return to League D in the next edition. On the other hand, the Bulgarians are maintained, but Georgia who have already ensured their promotion to the next level thanks to a victory against North Macedonia and a goal from Kvaratskhelia.

The results of the day