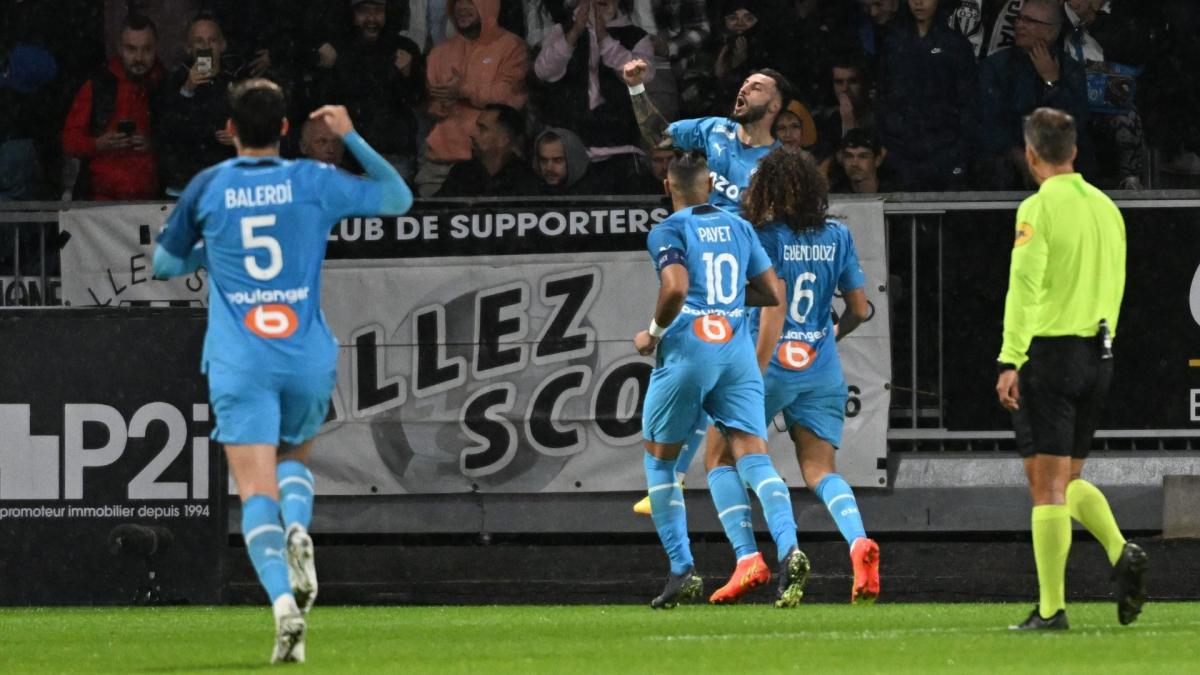 Held in check by Stade Rennais at the Orange Vélodrome (1-1), Olympique de Marseille had lost ground to Paris Saint-Germain (20 points against 22) just before the international break. Back to business, the Phocaeans wanted to resume their march forward on the side of Angers, 14th in the standings, with two small points ahead of the red zone. On this occasion, Igor Tudor, replaced on the bench by Hari Vukas, decided to rotate his squad.

OM indeed launched their marathon of matches before the start of the World Cup (11th to 13th November). Dimitri Payet, Gerson and Luis Suarez were therefore lined up in front, while Alexis Sanchez, Amine Harit, Cengiz Ünder and Bamba Dieng took their places on the bench. But tonight, it was not an attacker who shone. Positioned on the left flank, in the absence of Nuno Tavares, Jonathan Clauss was the man of the match.

“He is an incredible player”

Author of the opener with a magnificent strike from the left after a solo breakthrough (35th), the former Lensois then delivered two assists. The first for Luis Suarez after intercepting a pass from Valery (50th). The second for Gerson (59th). With 1 goal and therefore 4 assists since the start of the season in Ligue 1, Clauss is, pending the rest of the matches of the 9th day, on the podium of the best passers in the championship. And for the statistics, Opta tells us that since last season, Jonathan Clauss is the most decisive piston of the European top 5 with 6 achievements and 15 offerings.

“I have the eye to look in front of the goal, I had to take the initiative in my game, I work a lot on it. I had to try and it paid off. At the start, I wanted to fix the opponent, but afterwards… it’s a strike. I don’t master everything, but it paid off.”he said on Prime Video, before discussing his repositioning on the left flank. A more than successful repair. “Defensively, the benchmarks are not the same, we do not have the same support. I was taken in, it’s something I remember, but you have to deal with it. I had a short interview yesterday, he wanted to explain this positioning to me. We discussed it for ten minutes, we agreed on everything. When it is necessary to help out, I do it and it smiled on me this evening». And it’s not Igor Tudor who will complain about it. “He’s an incredible player. I knew it as soon as I saw him during the first practice. It’s really a pleasure to train him.”. The person concerned will appreciate.