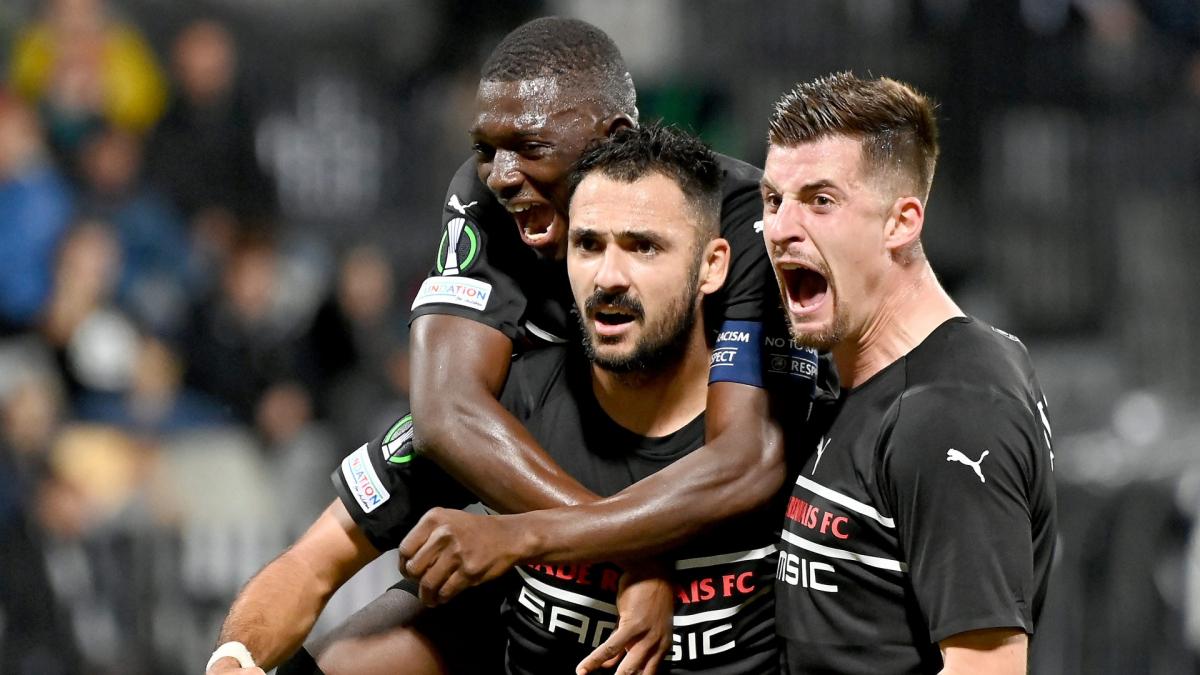 A team in the shape of the Talent League, Stade Rennais is also at ease on the European scene. On the occasion of the first edition of the Europa Conference League, the third European Cup allowing more anonymous clubs to travel hundreds of kilometers across the continent, the Bretons had the opportunity to validate their ticket for the final phase , from the 5th day, in case of success against the Dutch at Vitesse Arnhem. There was no fourth success, despite the performance of Gaëtan Laborde – who else? – author of a hat-trick (9th, 38th, 69th). Not enough for Bruno Genesio’s troops, joined on the line on the achievements of Huisman (43rd), Buitink (75th) and Openda (90th). But against all expectations, beaten at the very end of the match by the Slovenes of Mura (1-1), a meeting which saw Ryan Sessegnon, warned for the second time in the 33rd minute, leave the Spurs to ten, Tottenham allows the Stadium Rennais to take first place definitively and join the round of 16, avoiding a chopper match in London on the final day. In their misfortune, the English saw the Vitesse pass them in front of them.

The film of the Rennes-Vitesse meeting

In the same competition, six other matches took place at 6:45 p.m. In Group F, FC Copenhagen validated its ticket for the round of 16 by outclassing Lincoln, a Gibraltarian formation, thanks in particular to a goal from former Girondin Lukas Lerager (0-5). Slovan Bratislava and PAOK can hope to play in the play-off. In Group E, Salvia Prague could not take advantage of their numerical superiority to beat Feyenoord (2-2). Nigerian strikers Olayinka (Slavia) and Dessers, author of a saving double, were scorers. While Union Berlin won on the lawn of Maccabi Haifa (0-1), it was the Dutch from Rotterdam who sped in the next round. Union and Slavia will compete for the place of play-off in Berlin at the end of this group stage. Finally in Group H, FC Basel won in Almaty (2-3) a little earlier in the afternoon and offered a final at the Parc Saint-Jacques against the Azeris of Qarabag, held in failure by Omonia (2-2), on the final day.

The results of the 5th day