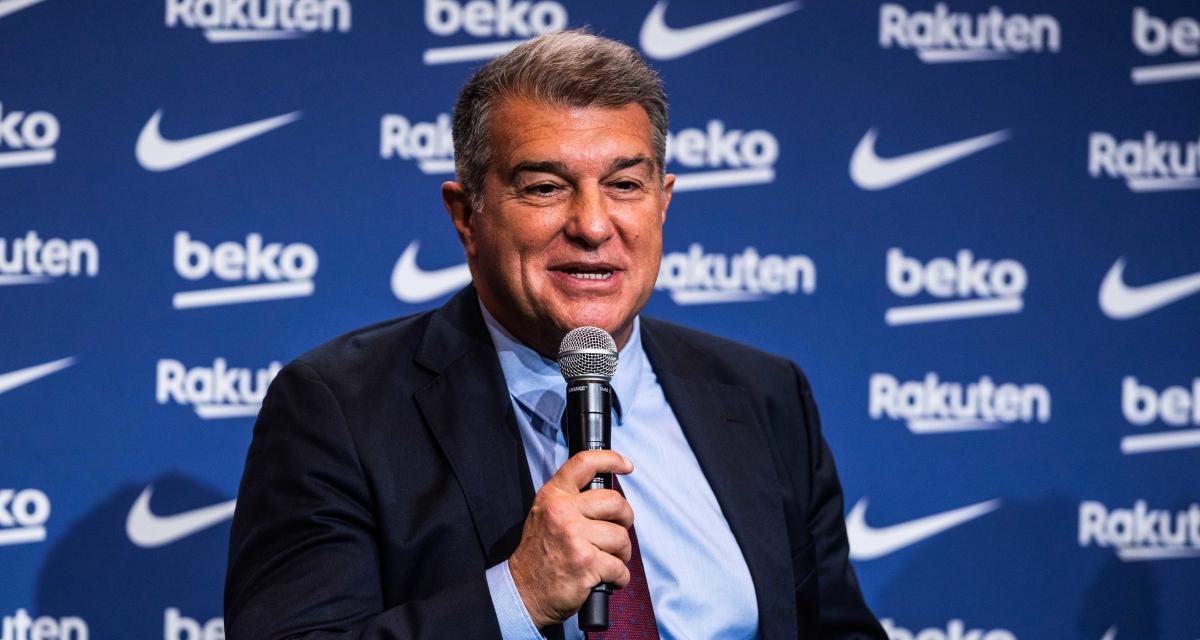 Robert Lewandowski, Raphinha, Ousmane Dembélé, Franck Kessié, Andreas Christensen. Barca’s transfer window has already taken spectacular shape, especially for a club that was supposed to have no money. And yet, the president of the Blaugranas does not intend to stop there.

In addition to Christensen, these recruits come to reinforce the midfield or the offensive sector and Joan Laporta now wants to attack the defense. In an interview given to club legend Hristo Stoichkov, the Catalan club’s manager said:

“Now it’s time to work on the defence. Xavi has focused us on a series of players and I hope the Catalans can have some more joys. We competed with teams like PSG and Chelsea to sign Robert and he wanted to come here. Thank him for that and the maximum pressure he had to endure.”

New financial “levers” are still expected from Barcelona and should allow Barça to continue their recruitment.

“I’m relaxed on levers and signings. We want to make a competitive squad, give Xavi the tools to have a good squad and I think we’re on the right track.”

Confidence in his team

Despite the difficulties encountered at the start of the transfer window, FC Barcelona was able to complete priority files despite stiff competition, as in the Raphinha case, for example. Successes that reinforce Laporta’s confidence in his team.

“Mateu Alemany and Jordi Cruyff are doing a great job in the football department. Also with Rafa Yuste as vice-president and Enric Masip helping. We have a phenomenal team working to achieve our goals. […] My dream is for Barça to once again become a world reference and we are working on it. If the economy does not recover, it will be very difficult. We are getting there, but we have to work even harder. Football does not wait. It must be done now. With Dembélé, Raphinha, Lewandowski, Kessié, Auba, Ferran… I think Mateu Alemany and Jordi Cruyff are doing a good job.”

After the arrivals of Robert Lewandowski and Raphinha, FC Barcelona is tackling another project. Barca’s transfer window has already taken spectacular shape, especially for a club that was supposed to have no money. And yet, the president of the Blaugranas now wants to attack the defense.