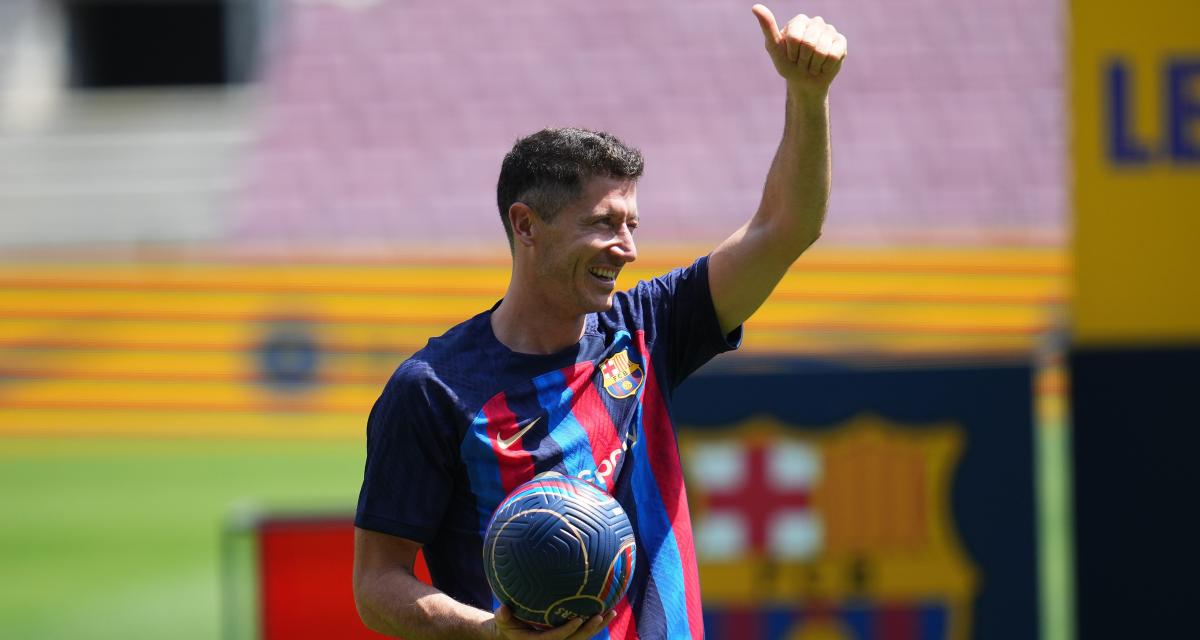 Robert Lewandowski was introduced to the Catalan public yesterday afternoon at Camp Nou. If there was no longer a shadow of a doubt about his signature at FC Barcelona, ​​a doubt substituted on the number that the former Bavarian would wear. And it is finally the number 9 which has been attributed to the Polish serial scorer, instead of Memphis Depay.

To do things in a respectful way, Robert Lewandowski would have had a frank discussion with Memphis Depay, yesterday morning before the presentation of the former Munich, according to Reshad Rahman. The two men would then have exchanged on the number 9 which would go to the Polish striker. A change of number not so anecdotal as that since Depay has been insistently announced on the departure for several weeks. The most credible lead being Juventus at the moment. To be continued in the next few days…

(🌕) Lewandowski had spoken with Memphis Depay about the #9 number yesterday morning before the presentation. Memphis and his agent were informed of the decision (change in no) in the afternoon, aware that the player is closer to leaving. @RogerTorello #Transfers 9️⃣

Officially presented at Camp Nou on August 5, Robert Lewandowski was assigned the number 9 of Memphis Depay. The Polish striker also had a frank discussion with the Dutchman on this subject.