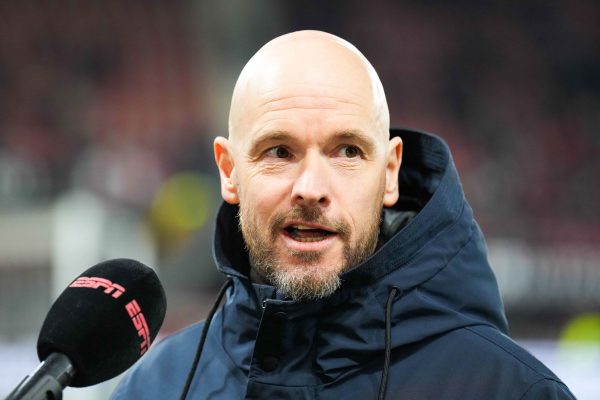 After another white season, Manchester United hopes to start a new, more prolific cycle with the arrival of Dutch technician Erik ten Hag on the bench.

Appointed last month as manager of Manchester United to take office at the end of the 2021-22 financial year, the current coach of Ajax Amsterdam is preparing a small revolution within the Mancunian workforce. In addition to Paul Pogba, who will leave free at the end of his lease next June, many players are announced to be leaving this summer to rebuild a workforce that meets the expectations of the Dutch coach. While Serbian Nemanja Matic has already announced his departure from the club at the end of the season after five years in the north of England, other players are obviously very close to leaving, such as Edinson Cavani, whose name circulates insistently from the side of Boca Juniors. Juan Mata and Jesse Lingard, also out of contract, will not extend. French striker Anthony Martial could also opt to leave a few months before the World Cup in Qatar. Loaned to Sevilla FC since this winter, the French international is clearly barred by competition with the Red Devils and does not seem to fit into ten Hag’s plans. On the other hand, the latter is clearly counting on Cristiano Ronaldo for next season, contrary to what certain rumors in England had suggested. “From Monday I will be focusing on United and of course going deeper into things there. What I have to say about that is that the detailed analysis has yet to start, I still have to work with the team, but let me say that at United there are a lot of good players. We have to make them work as a team but definitely Ronaldo is a giant.”dropped the 52-year-old technician during an interview with the Dutch newspaper From Telegraaf. https://twitter.com/JoshuaArtist___/status/1524472643126444032