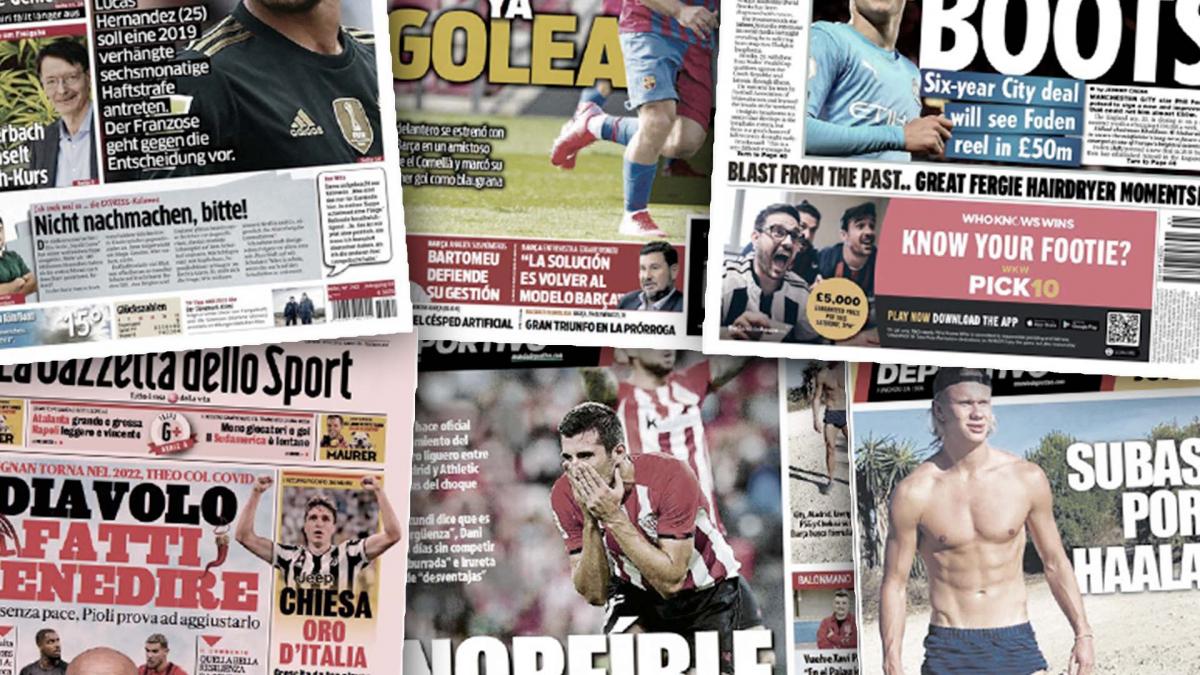 A few months ago, Pep Guardiola left doubts about his future at Manchester City, implying that he could leave soon to take a national selection. Suddenly, the leaders of the reigning English champions seem to be busy in order to (already!) Find a replacement. And obviously, they would have contacted the current coach of Leicester City, Brendan Rodgers, to succeed Guardiola in 2023. This same Rodgers, who would be in the sights of the new rich of Newcastle, according to the Daily Mail. But the tabloid specifies that he would have refused the advances of the Magpies to precisely take the reins of Manchester City when it is the moment. Needless to say, Rodgers seems very interested in the position of manager of the Citizens …

Seven clubs at war for Haaland

They are seven and the fight will rage until the next summer transfer window 2022 in order to enlist the probable future best striker on the planet, Erling Haaland. Currently in the process of bringing happiness to Borussia Dortmund, the Norwegian could go elsewhere next summer and obviously, he will be spoiled for choice, to believe Mundo Deportivo. Real Madrid, Bayern Munich, Liverpool, PSG, Manchester City, Chelsea or even FC Barcelona are on the run and some would have a head start, like City. But no one has said his last and even Barça, in the grip of serious financial difficulties, believe in it. Blaugrana leaders would like to find a formula that allows them to attract him while remaining in the nails financially. Not easy, however.

The miseries of AC Milan

This Saturday night, AC Milan will try to confirm their good start to the Serie A season by adding another victory against Hellas Verona. However, it will not be easy, with 10 injured players on the side of Stefano Pioli’s squad. The most recent are French. Mike Maignan underwent wrist surgery yesterday and will be away from the pitch for 10 weeks, until January 2022! A hell of a blow that comes on top of Theo Hernandez’s positive Covid 19 test. “Milan without peace”, title The Gazzetta dello Sport of the day which recommends to the Lombards to “To be blessed” in order to stop the cascade of injuries.