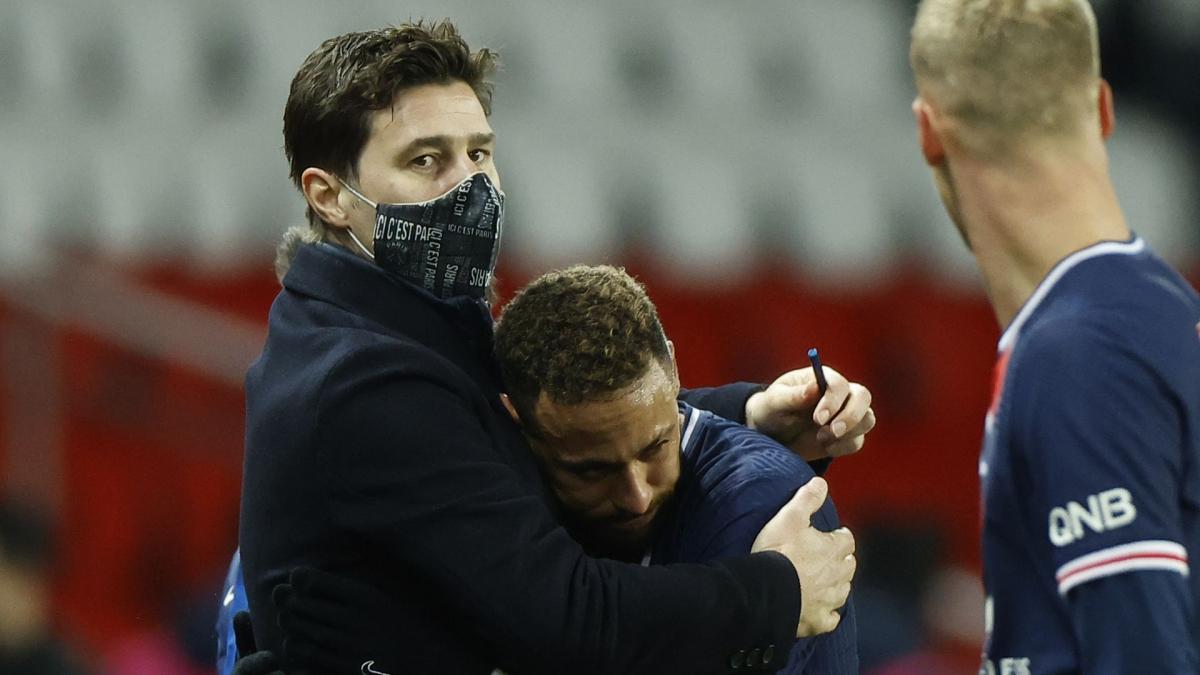 A few days ago, Neymar (29) announced that he wanted to end his international career in a year, after the 2022 World Cup, in a documentary by DAZN. A statement that surprised, see worried, the leaders of Paris Saint-Germain, but the Brazilian immediately called Leonardo to reassure him about his investment in the Paris project. At the microphone ofEl Larguero on the Cadena SER, Mauricio Pochettino returned to these remarks. For him, ” he expressed what he was feeling at the time, but I see him as a strong person at 29, since he was a little kid he’s been under pressure to do great things on a soccer field , he has incredible mental strength, an incredible character, enormous sensitivity and he has the virtue of always telling you the truth when you talk to him. That’s why he may have said something that he was feeling at the time that can be interpreted in a number of ways, but it’s clear to me that he wants to be in Paris to bring titles to the club and , above all, this long awaited Champions League. “

Among the Mbappé-Neymar-Messi trio, the Brazilian would not be the most difficult to manage, according to the words of the Argentine coach: ” no. I have a lot of respect for him and we are a team of coaches who don’t get involved in anything that is none of our business. His private life is his private life. I can tell you that he is very sensitive, affectionate, and that one-on-one, he seduces you with his sincerity, because he always has a smile on his face and he is not at all difficult to live with him. Plus, we have a great relationship and he’s always interested and committed to training, taking on new challenges, sharing things? We have not met any players at PSG who have a management problem, the truth is that the relationship is good. What’s going on is there’s a lot of morbidity, everyone’s interested in whether they’re fighting, the rumors … that’s what sells. Now it is very far from reality. It’s a lot more natural than people think. “