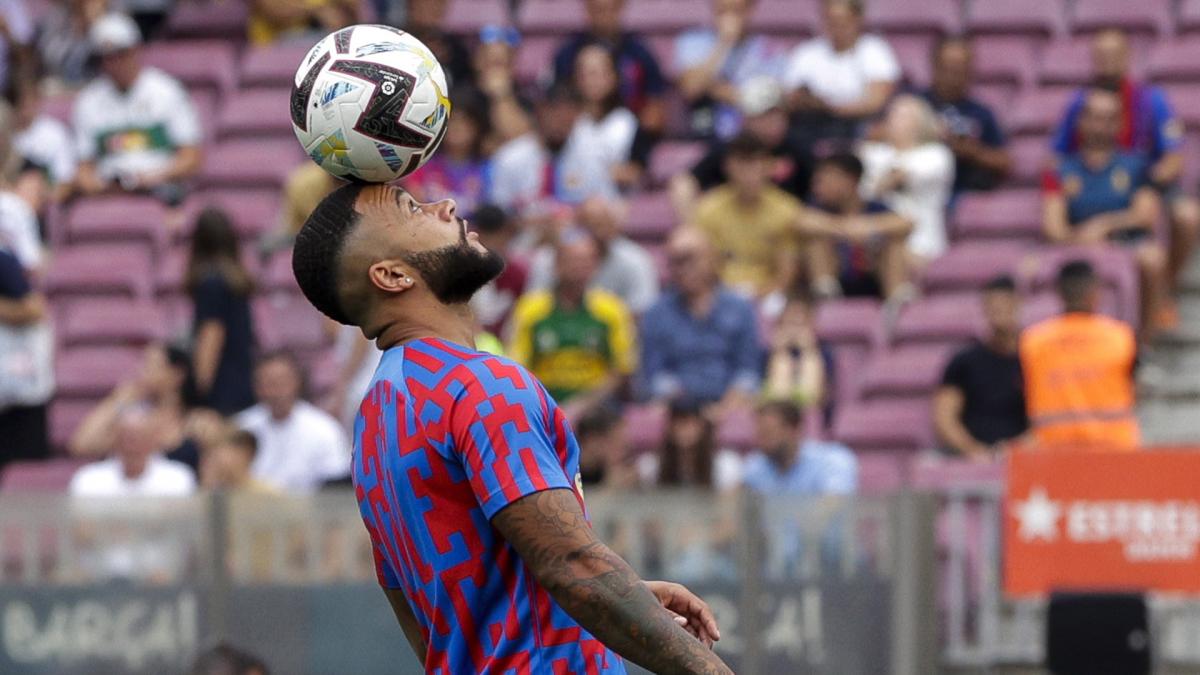 Halloween is not over in Barcelona. Indeed, the residents of Camp Nou continue their witch hunt started a few months ago. This summer, Frenkie de Jong had been pushed to his limits but he had held on and finally stayed in Catalonia. Since the start of the season, it is the former Blaugrana locker room, namely Gerard Piqué, Sergio Busquets and Jordi Alba, who have been singled out by management. And they are not the only ones to be in the sights of Catalan thinking heads. Memphis Depay (28) is also. It has been since this summer. During the last transfer window, the Culés, who needed to sell, did everything to make him leave. This despite being the top scorer for Xavi’s side in 2021-22. But it was obviously not enough for the Dutchman, who had notably made great financial efforts to sign for Barça. As a reward, Joan Laporta and his teams showed him the door this summer. They were also not far from succeeding since the former captain of OL had agreed to negotiate with Juventus.

However, Memphis wanted to set his conditions by demanding a very high salary, just to recover what he had lost by signing in Catalonia. Chilled, the Old Lady said no and bet on Arkasdiusz Milik. For its part, Barça has resigned itself to keeping the Dutch international, while still hoping for a last-minute offer from Chelsea, Tottenham or Manchester United. She never came. He therefore left for a season, he who knew he would only be a simple replacement. Unavailable since the end of September, Memphis Depay (28) is, however, no longer in the odor of holiness at FC Barcelona. And recently, rumors have tarnished his reputation. The Batavian is indeed accused of slowing down his healing process. Information that made the person jump. “I hear disrespectful rumors that I’m slowing down my recovery. The media shares things so easily without really knowing the facts, which ultimately creates a negative narrative around my name! Never disrespect my professionalism”he posted on Twitter.

Hearing some disrespectful rumors about me purposely slowing down my injury.

The media sharing things so easy without actually knowing the facts which as end result creates a negative narrative around my name!

Don’t ever disrespect my professionalism!