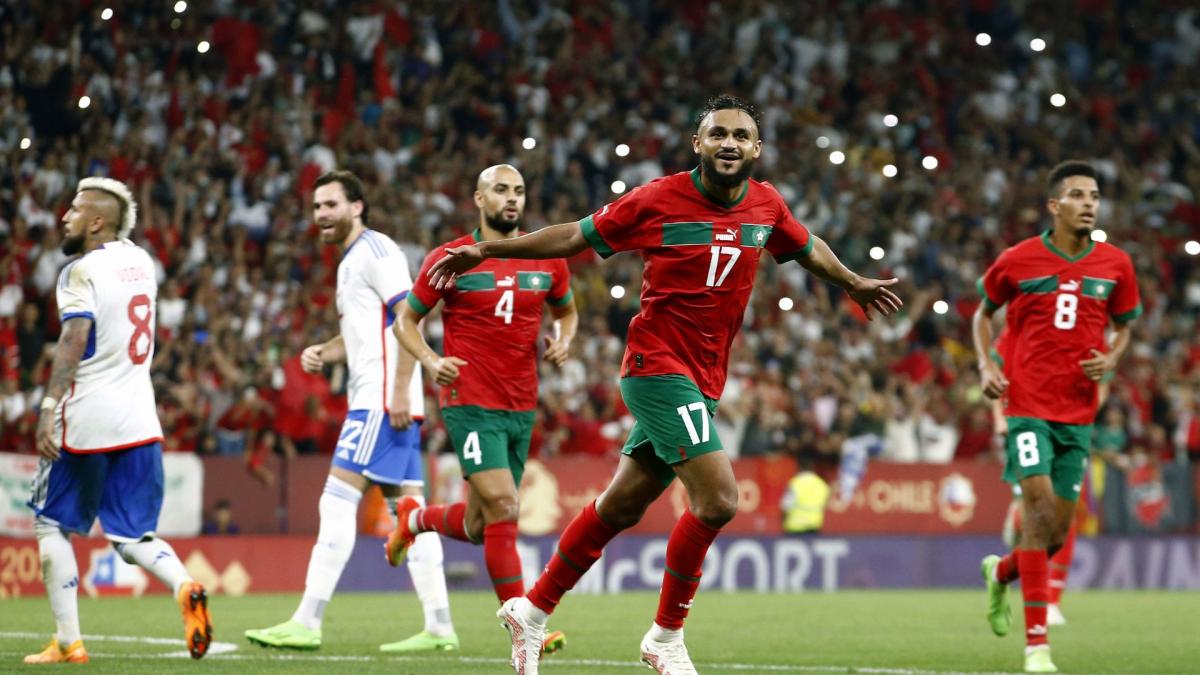 For the first of Walid Regragui on the bench, Morocco faced Chile in Barcelona to prepare for its World Cup. The opportunity for the new coach to test his team and revive Hakim Ziyech and Noussair Mazraoui. The two former Ajax players were starters, so Boufal, Ounahi and Hakimi also started the game. Chile side, beautiful names with Vidal, Alexis Sanchez or Gary Medel. And after 90 minutes, Regragui can consider that he passed his test. Overall dominant, Morocco won 2-0 thanks to goals from Boufal and Sabiri. It will be necessary to confirm against Paraguay on Tuesday.

Algeria, for its part, was opposed to Guinea in a friendly match. Djamel Belmadi established Andy Delort at the forefront of the attack. The Niçois was accompanied by his teammate Billal Brahimi and Adam Ounas. And in a match that was fairly balanced and not very animated in the end, the Fennecs still snatched a victory which is good for the mind. Algerian legend Islam Slimani has found the net again. Next friendly match against Nigeria.