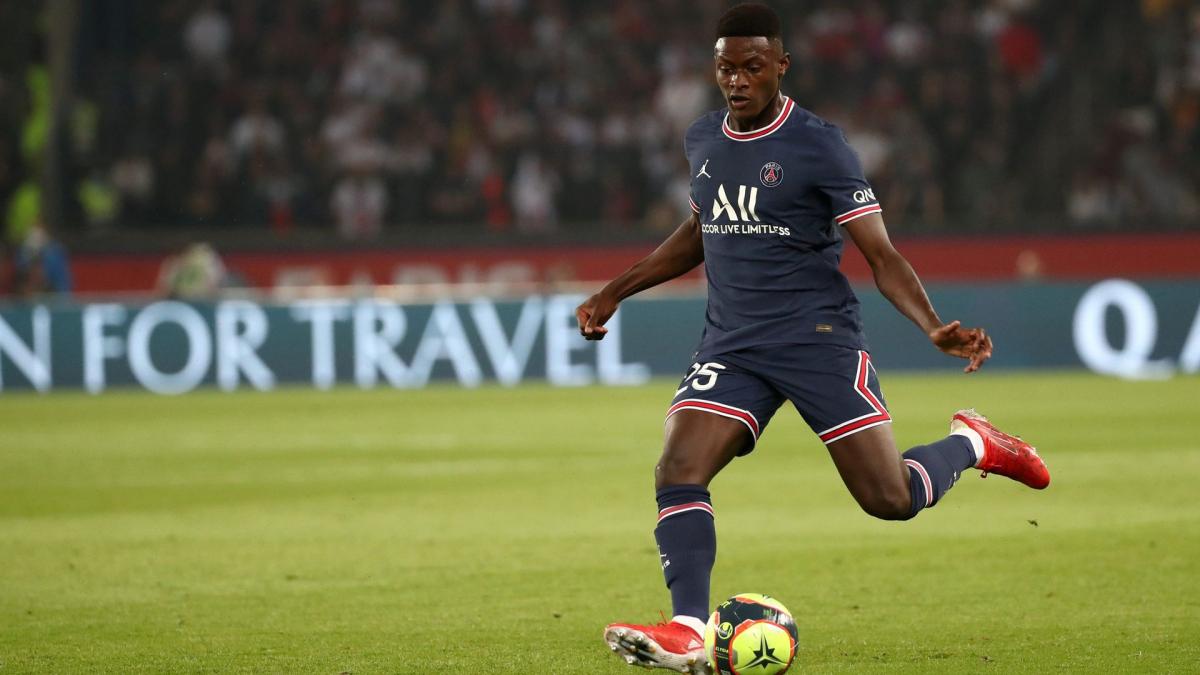 In search of a left side to replace Juan Bernat, now back after rupturing the cruciate ligaments of the knee, PSG had managed to get their hands on Nuno Mendes (19) in the final hours of the last summer transfer window . Arrived from Sporting as part of a paying loan estimated at around €7m, as well as a purchase option amounting to €40m, the Portuguese defender is now regularly called upon by his coach Mauricio Pochettino . determined to “achieve as many titles as possible” under his new colors, the neo-Parisian has thus delivered on his acclimatization to PSG.

Author of 18 appearances in all competitions with the capital club since the start of the season, the Portuguese international (11 selections) has also taken part in all matches in the group stage of the Champions League . Symbol of the confidence granted by the Argentinian technician on which the Parisian also returned to PSGTV : “(if I feel the confidence of the coach?) Completely. I have to keep showing my motivation and my energy in every practice so that he sees that I am ready to play. If he sees me in good shape and he thinks that I am in the best position to play such a match, he will make me play., first said the PSG side.

“The pressure is there at the beginning, but gradually it disappears!”

Giving off a certain serenity in his lane despite his status as the youngest player in the Red and Blue squad, Nuno Mendes however conceded that he had to continue his progress alongside much more experienced executives: “I’m here to keep learning. I strive to learn every day. It’s up to me to learn and put into practice what I’ve learned and what I already know, I think it will always help me. During the first matches, of course, I felt pressure. I keep feeling it every game, but I try not to focus on that, I focus on the game and forget everything. The pressure is there at the beginning, but gradually it disappears..

Released and given confidence by the locker room of the capital club, the native of Sintra also spoke about the emerging complicity on and off the field. Close to his partners, the number 25 of PSG also seems to have found certain tactical automatisms with a certain Kylian Mbappé: “Each day that passes I get on even better with my teammates. For example, Kylian Mbappé is very fast so I give him a lot of deep passes, usually the opposing defenders can’t stop him. I have to understand what they want and try to help them.”, concedes the Portuguese. On the occasion of his first outing at the Parc des Princes in 2022 (PSG welcomes Brest at 9 p.m.), Nuno Mendes will most certainly have the opportunity to perfect his complicity with the Bondynois …