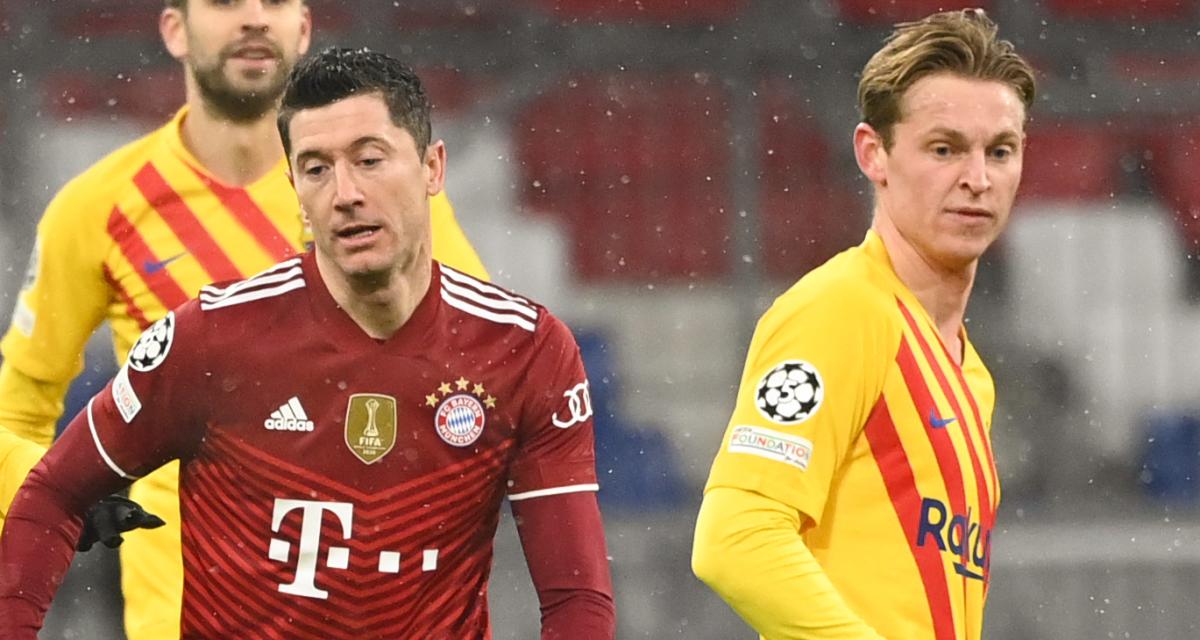 In great difficulty economically, Barça is waiting to make a first big sale in order to start its summer transfer window.

For several weeks, supporters of Blaugranas expect an agreement to be reached with Manchester United, to sell Frenkie de Jong against a check for around 80 million euros. The money raised will notably allow Barça to buy out the last year of the contract of Robert Lewandowski, who wishes to leave Bayern Munich. At the end of the League of Nations match between the Netherlands and Poland on Saturday (2-2), de Jong spoke about the Lewandowski file, not without casting doubt on his future.

“He’s an incredible player, one of the best in the world. (…) Of course I would like to have Lewandowski in my team” explained the Dutch midfielder, at the microphone of Polish television.

This desire to play with Robert Lewandowski therefore still suggests a future for Frenkie de Jong at Barça, even if at present, an arrival of the Polish striker in Catalonia is impossible without a significant inflow of money into the coffers.

De Jong wants to play at Barca with Lewandowksi

Announced at Manchester United since the start of the summer transfer window, Frenkie de Jong still hinted that he wanted to play with Robert Lewandowski at Barça. “Of course I would like to have Lewandowski in my team,” he told Polish television.