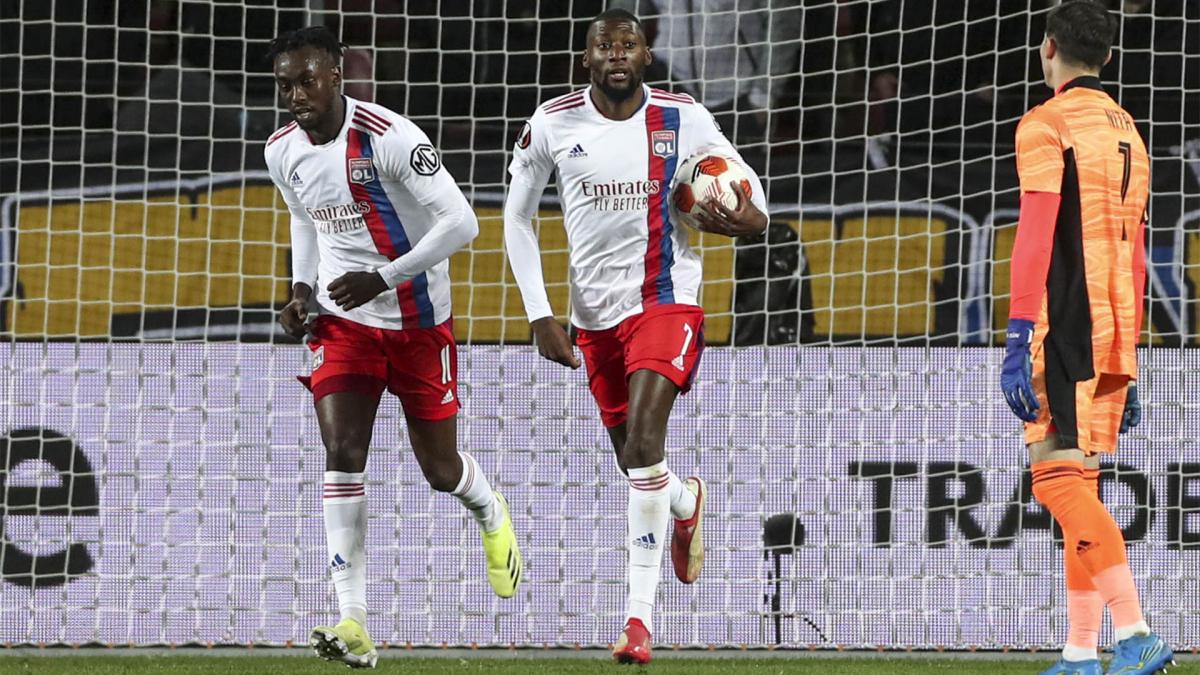 After the new draw of Olympique de Marseille against Lazio (0-0) in Rome, the third day of the group stage of the Europa League ended this Thursday evening with eight matches scheduled at 9 p.m. and above all two French clubs involved. . On the lawn of the Generali Ceska pojistovna Arena, Olympique Lyonnais challenged Sparta Prague in Group A. After two successes in C3, Les Gones wanted to continue their European flawless performance against a Czech club who had a victory and a draw. In an attempt to bring back a good result, Peter Bosz left a 4-3-3 without Lucas Paqueta, sanctioned and left on the bench at kick-off for a delay in the talk … Opposite, Pavel Vrba also aligned a 4 -3-3 to try to destabilize the Rhone club. The public should not be late on the spot since from the 4th minute, Haraslin, thanks to a well deflected shot, took Lopes on the wrong foot on the opener. Les Gones were in pain and the Sparta striker put it back a few moments later.

Found on the left side, number 22 returned to the axis to arm a strike from the right which surprised Lopes once again (19th, 2-0). After barely twenty minutes of play, Peter Bosz’s players found themselves with their backs to the wall. But Mr. Europa League on the Lyon side was still responding. Launched in the back of the defense, Toko Ekambi made a good sequence to revive the Gones before the break (42nd, 2-1). In an attempt to come back, Peter Bosz threw Paqueta at the break. And quickly, OL returned to the score thanks to a realization of Aouar (53rd, 2-2). The visitors indeed offered a better face after half-time and were rewarded. At the end of a good action, Paqueta shot the opposing goalkeeper to give the advantage to his team (67th, 2-3). Behind, the Gones had to finish ten following the expulsion of Gusto (74th) but held on to finally win 4-3 after a new goal from Toko Ekambi (88th) and a reduction in the score of Krejci (90th + 6 ). OL thus kept the lead in Pool A with five points ahead of their evening opponent!

AS Monaco victorious in the Netherlands, Galatasaray beats Lokomotiv

The other French club entered this evening, AS Monaco, traveled to Eindhoven to face PSV in Pool B. After the first two tricks, the two teams had four points and it was necessary to make the difference tonight to s ‘install in mind. The meeting started very well for the men of Niko Kovac since Boadu unblocked the situation (20th, 0-1). Unfortunately, just before the hour mark, Gakpo was in charge of equalizing for the Dutch club (59th, 1-1) after two opportunities for Carlos Vinicius. Following this equalizer, neither team was able to gain the upper hand, until the 89th minute. Because Diop finally offered victory to his team at the very end of the game (1-2). The Rocher club therefore took first place in group B with two more points than Real Sociedad, who fell for Sturm Graz (1-0).

In the other meetings of the evening, West Ham easily outscored Genk 3-0 with goals from Dawson, Diop and Bowen. Eintracht Frankfurt was also impressive against Olympiakos (3-1) while Napoli took on Legia Warsaw (3-0) with in particular a new goal from Osimhen, his ninth of the season in all competitions in ten appearances. Otherwise, the Rangers beat Brondby 2-0 also and Galatsaray disposed of Lokomotiv Moscow in the OM group (1-0) thanks to a goal from Akturkoglu late in the game (82nd).

Find the classification of the group stage here.