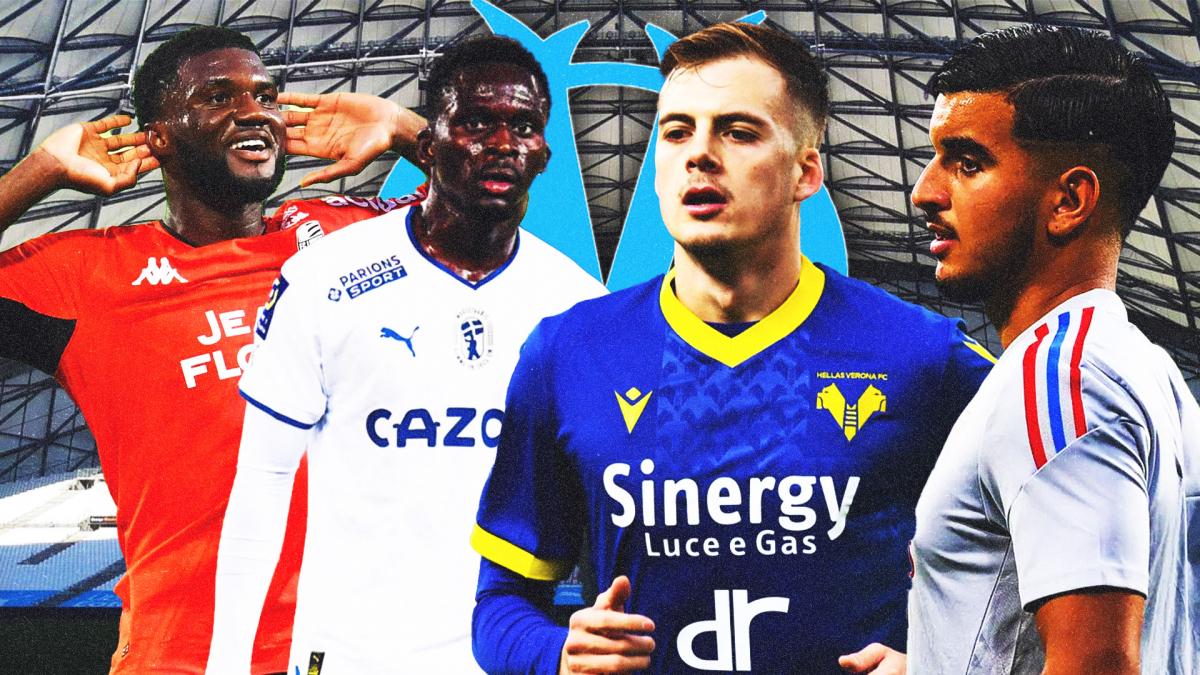 OM are looking for a striker and have set their sights on Terem Moffi. Problem, the FC Lorient striker is not interested in the Olympian project and favors OGC Nice. A situation which, according to our information, annoys the president Pablo Longoria. The latter is seriously considering questioning the signing of Bamba Dieng in Lorient. Because yes in the opposite direction, the Hakes have targeted the Senegalese to replace their top scorer. As we revealed to you, an agreement was reached and the attacker was even expected to pass the traditional medical examination. A new twist for Bamba Dieng who has already had a turbulent summer. At the same time, the Olympic management is negotiating for the arrival ofIvan Ilic. The negotiation is advanced for a transfer up to 15M euros plus bonuses. What made the difference in this case, while Torino is also interested, is OM’s agreement to let the player finish the season with Hellas Verona. The Marseille club also agreed with Manchester City, which had a clause allowing them to go ahead of everyone in the negotiations. Another track in the midfield, the crack of OL, Mohamed El Arouch. The 18-year-old is seen as Les Gones’ academy’s biggest promise since Rayan Cherkibut the latter is snubbed by Laurent Blanc. A situation that annoys the player and his entourage who can’t take it anymore. According to our information, Rennes, OM and Nice have come into contact with the clan, El Arouch. Only problem, the Rhone club does not want to hear about a transfer, but more of a loan.

PSG in search of the ideal replacement!

Accustomed to spending crazy sums during the transfer window, PSG saw this role stolen from them by Chelsea this winter. The only movement to report is the departure of Pablo Sarabia in Wolverhampton. A transfer which only brought in a small 5 million euros without the bonuses in the Parisian coffers. According to The Team, the transfer window budget of the Parisian club amounts to only 10M euros, counting the profits brought in by the sale of the Spaniard. This greatly reduces the room for manoeuvre. The priority is to find a digital replacement for Sarabia with specific characteristics. The Reds and Blues should preferably have a left-hander who can cut in the middle. A profile that does not match that of Marcus Thuram, yet appreciated by the club of the capital. Anyway, the French striker should stay on the side of Borussia M’Gladbach. According to our information, the 25-year-old has chosen to say no to Chelsea’s offensives and should therefore leave the German club free at the end of the season. The other track revealed by our colleagues from The Teamit is Rayan Cherki, the nugget of Lyon training. The 19-year-old is in the sights of Luis Campos for years and it is also part of the desire to Frenchify the workforce of PSG a little more. A proposal was made last weekend and OL did not close the door according to information from the French daily. According to information from Parisianapart from a possible loan, the club of the capital will not put more than 10 to 15 million euros

To read
BL: Dortmund defeats Mainz in money-time and gets on the podium

Officials of the day

As we revealed to you, Ludovic Ajorque leaves RC Strasbourg for FSV Mainz. The 28-year-old striker has signed a contract until June 30, 2026. “Both clubs have agreed not to disclose transfer details”, the statement said. After six months on loan at Anderlecht, the Portuguese striker Fabio Silva (20 years old) leaves the Mauves. He has just been loaned to PSV. “PSV are strengthening their offensive line with Fabio Silva. The Portuguese striker is on loan from Wolverhampton Wanderers FC and it should be noted that “the loan of Ki Jana Hoeverwho had been loaned by the same English club in the first part of the season, will be immediately terminated.. It was in the air, it’s now official. Benfica’s Brazilian defender Joao Victor (24) is loaned to FC Nantes until the end of the season. Arrived in Portugal last summer from Corinthians, the player has not played any match this season with the Aguias in the league.