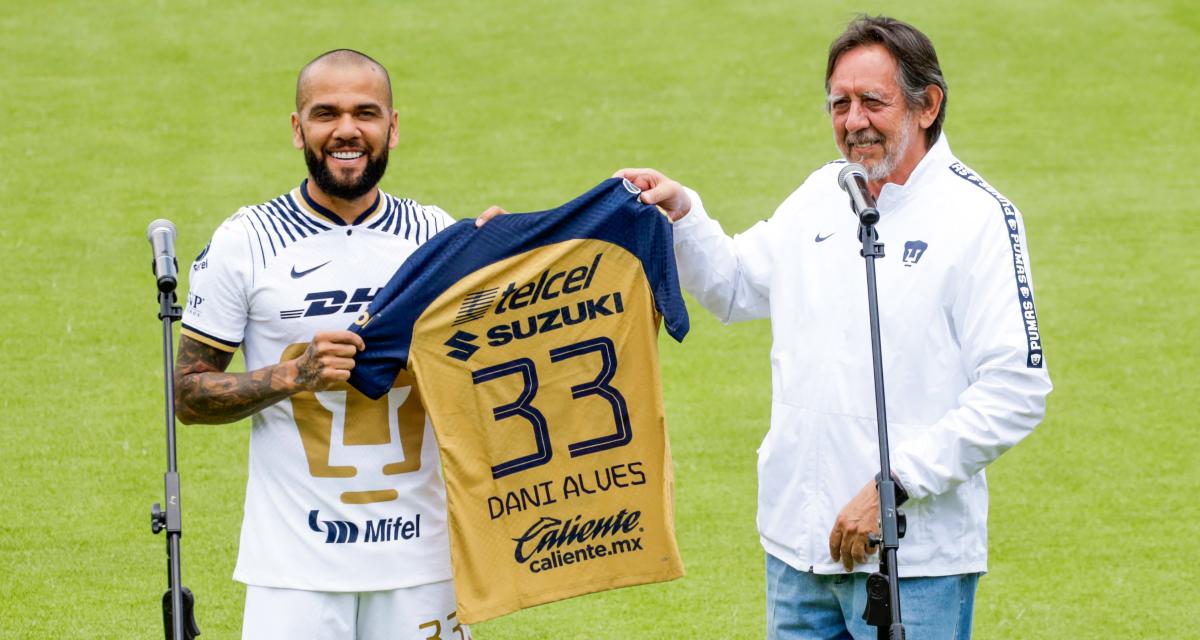 Dani Alves will repress the lawn of Camp Nou. Only a few months after his free departure from the club, the Brazilian finds Barcelona to face the Blaugranas with his new club Pumas UNAM. A friendly match as part of the Joan Gamper Trophy to be held this Sunday at 8 p.m. before the resumption of the championship on August 13 for Barça against Rayo Vallecano. The right side spoke before returning to the stadium where he played for 9 seasons.

“I am very grateful for the trust, for the opportunity they give me to be part of this club, very special in Mexico. Being able to build a history with them is going to be a big challenge. The only laziness I have is is that I come here in white and I don’t like it, but it belongs to the Pumas. […] It’s strange to come back with another jersey that’s not Barcelona’s, but football is beautiful because it takes care of the people who devote time to it, who respect it. Even in the best case scenario, I wouldn’t have thought to come back here so soon. I only had the opportunity to say hello, but not before. Football gives me this opportunity to embrace the people I love again. It will be a very special moment because walking to Camp Nou, coming back to Barcelona, ​​is always something unique for me. I love this club too much, I love these colors too much. I hope it will be a nice day. I would never celebrate a goal here. In the end, for us, the Gamper is the culer date (Barça supporters, editor’s note). That’s why I’m here too, because it’s the culer date.”

The Brazilian will return to Camp Nou this Sunday during the friendly match between the Pumas and Barça. A friendly match as part of the Joan Gamper Trophy to be held this Sunday at 8 p.m. before the resumption of the championship on August 13 for Barça against Rayo Vallecano.