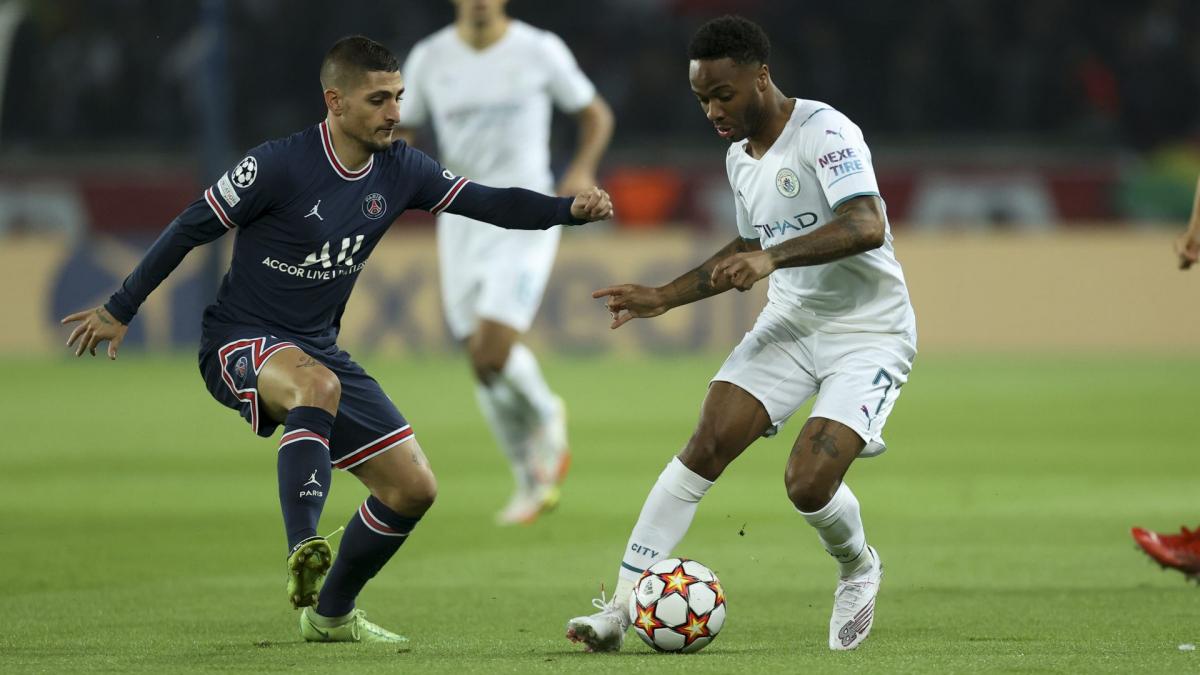 There are players who are in top form, and others who are struggling lately. Unfortunately, Raheem Sterling is currently in the second category. After a very complicated 2020-2021 season under the orders of Pep Guardiola, the English international (70 caps, 18 goals) had found a little smile during Euro 2020 with the Three Lions. But his return to Manchester is not very happy. With the arrival of Jack Grealish, and the presence of players like Bernardo Silva, Phil Foden, Ferran Torres or Riyad Mahrez, the main concerned lacks playing time.

Established twice this season in the Premier League in six matches, the 26-year-old finally made his debut Tuesday night at the Parc des Princes against Paris Saint-Germain (2-0 for the French club). But in a number 9 position, Raheem Sterling did not weigh in this match and experienced some difficulties, like his start to the season. And inevitably, the Englishman begins to wonder about his future.

Barça on the lookout

As the Telegraph, Raheem Sterling met his coach Pep Guardiola a few weeks ago, in the middle of the summer transfer window, to discuss his situation, and the Spanish coach would have made him understand that he was counting on him. But with little playing time this season and some interest from foreign clubs like FC Barcelona, ​​his future is more than uncertain. Despite everything, the native of Kingston (Jamaica) remains focused on the Citizens.

The British media adds that Raheem Sterling still wants to fight to change Pep Guardiola’s mind and especially to do better than his competitors in order to return to the front of the stage. But at the end of the season, next June, the former Liverpool player will only have one year of contract and will certainly be at a turning point in his career.