Through the voice of his coach Erik ten Hag, Manchester United made an update on the future of English striker Marcus Rashford, announced on the shelves of Paris Saint-Germain. 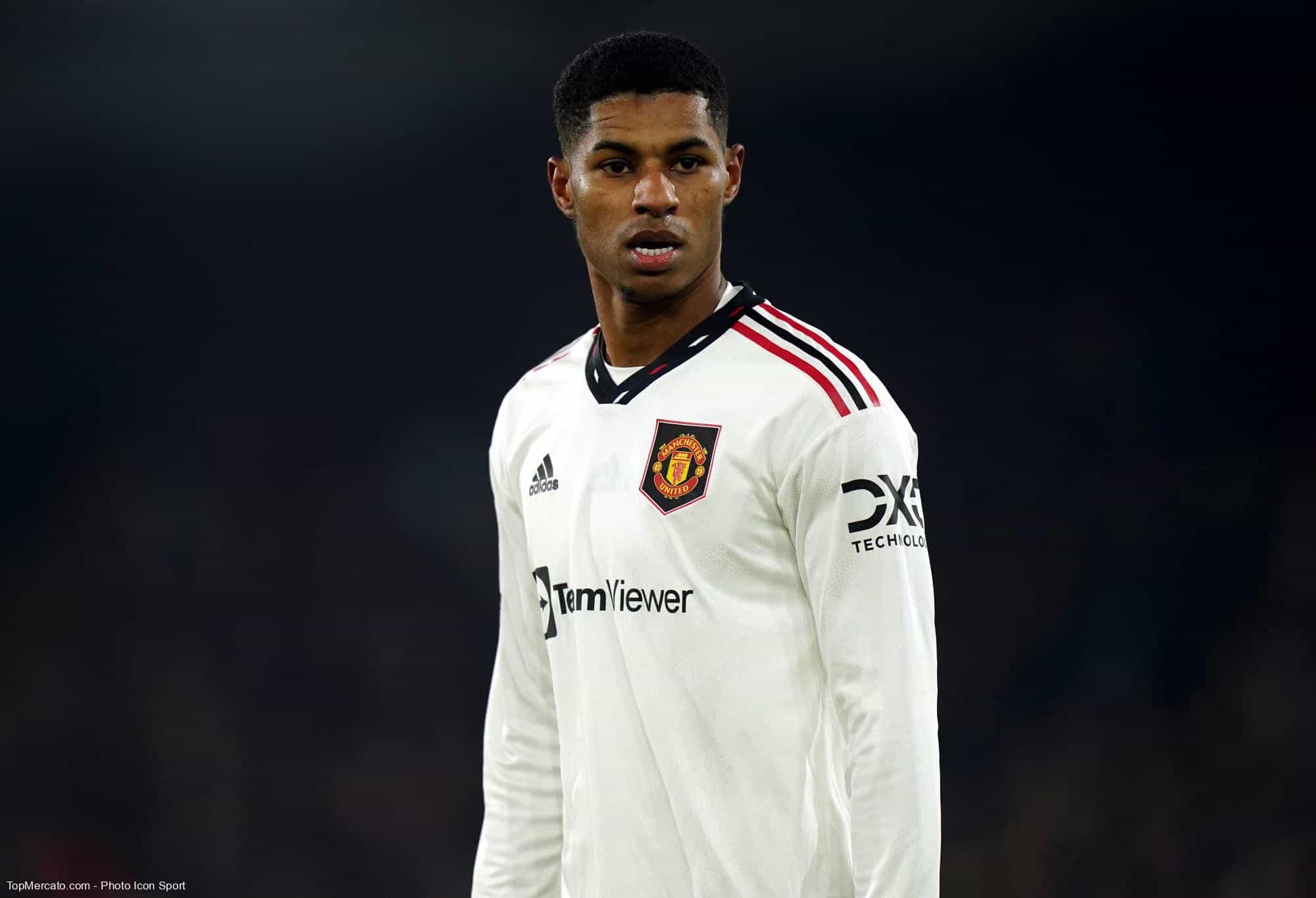 Under contract until June 2024, Marcus Rashford has still not extended with Manchester United. The situation of the English striker does not leave some courtiers unmoved. Among them, Paris Saint-Germain. According to the latest information from the newspaper The Telegraphthe French capital club are still eyeing the 25-year-old center forward as part of the future renewal of its workforce, in anticipation of a possible sale of French striker Kylian Mbappé.

Recently sanctioned for a delay in training, will the native of the Mancunian city decide to continue the adventure on the side of Old Trafford? Faced with the media, before the semi-final first leg of the Carabao Cup at Nottingham Forest on Wednesday evening, Erik ten Hag did not hide his desire to keep his number 10 in his ranks, author of 110 goals in 331 appearances since his presence in the first team including 17 achievements in 28 matches in all competitions since the start of the 2022-2023 season. “Discussions between clubs and players are confidential. I think he understands Man United is his club.”

The Dutch coach continues in this direction and clearly calls for an extension of his protege: “He gives 100%, he has a good plan and I think he can bring his qualities to this team. This team can help him put himself in a good position and score goals, where he is good. This team is built like that and I think he knows it but for sure, yes, he is important for us. If we’re going to get the success we want, we need him.” What choice will the main interested party make? Answer in the next few months…