After a lackluster first half, Brazil finally won 2-0 against Serbia, thanks to a brace from Tottenham striker Richarlison (62nd, 73rd), in their first World Cup match 2022 in Qatar. The Auriverde selection is first in its group, G, on goal difference, ahead of Switzerland, which won 1-0 against Cameroon earlier in the day. 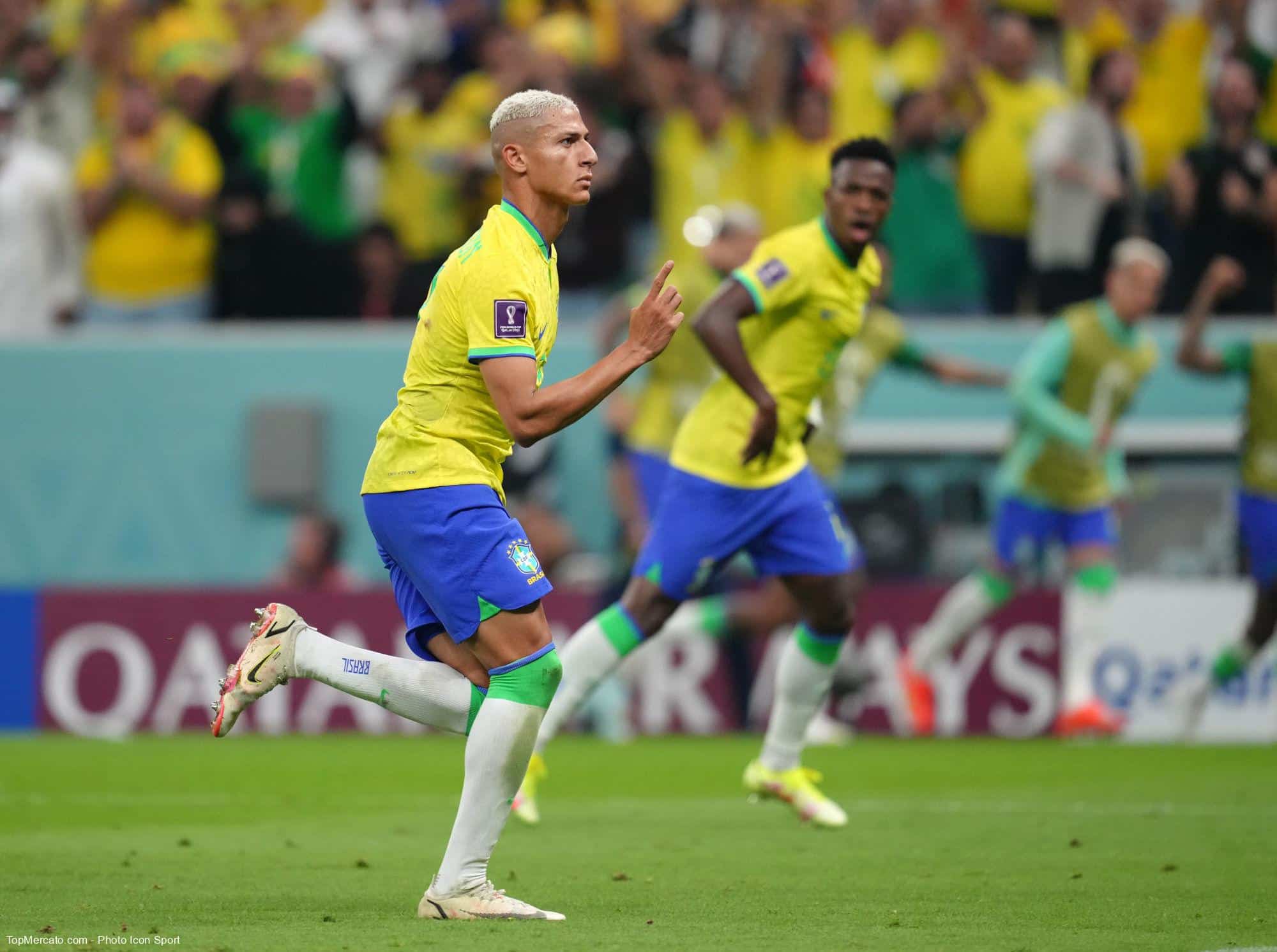 Completely absent from the debates in the first half, with barely 20 balls touched, Richarlison finally lit up the game with his second goal, a sublime acrobatic recovery from the penalty spot, following a half-missed control and having raised the ball high above his head (73rd). Ten minutes earlier (62nd), the Spurs striker (2 goals this season alone) had opportunistically taken over a ball repelled by Vanja Milinkovic-Savic after a strike from Vinicius Jr. Often lonely at the point, Richarlison finally did what he was asked: to score on his few opportunities.

Yes, Serbia lost 2-0 against Brazil, so the Serbian defensive organization had loopholes that the Seleçao were able to exploit. But Dragan Stojkovic’s men may have shown other nations what to do, at least in the first half, to thwart Brazil’s plans. That is to say, impose a permanent physical duel that the frail Brazilian attackers rarely hold, defend two against the opposing attackers who are often lonely in Tite’s system – see below -, and prevent them from combining in small spaces, the solution almost exclusively chosen by Brazilians. Neymar, in particular, was well muzzled by the Serbian defensive organization and even came out injured in the 2nd half.

One Milinkovic-Savic can hide another

Brother of Lazio star Sergej Milinkovic-Savic, Vanja, Serbia’s goalkeeper this evening, has long repelled the Brazilian assaults, especially in the first period. If the 25-year-old Torino goalkeeper finally concedes two goals from Richarlison, including one particularly sublime, Serbia can say thank you, with 6 saves and a post. Not enough against Brazil, of course, but with Vanja Milinkovic-Savic, Serbia will be able to hope against Cameroon, Monday, then against Switzerland, next Friday, to, why not, get out of the group.

Certainly, the defensive organization of Serbia can inspire future opponents of Brazil, but not its offensive animation. Coach Dragan Stojkovic, rather focused on not taking goals, has abandoned his team’s attack, while the technician has very good players (Dusan Tadic, Sergej Milinkovic-Savic and Aleksandr Mitrovic, with Dusan Vlahovic on the bench). In the end, Serbia never really worried the rearguard of Brazil (5 shots, none on target), while the European formation had a priori the means to do so.

Tite, an animation that questions

Brazil won 2-0, and can be satisfied with this result. The competition begins, so the Auriverde selection, the big favorite for the 2022 World Cup, has time to gain momentum. But this first match leaves a big question mark about Tite’s game project. The Brazilian coach has a very impressive attacking pool (Neymar, Vinicius, Richarlison, Raphinha starters tonight, with Anthony, Rodrygo and Gabriel Jesus on the bench) and relies a lot on him. But maybe too much. Indeed, the front 4 are quite alone: ​​Casemiro has never really exceeded his function, Lucas Paqueta has contributed too little, and the Brazilian side have ostensibly been instructed not to participate in offensive actions. In fact, Neymar and his cronies often had to fend for themselves, multiplying dribbles and outnumbered combinations. Tonight it worked for the Brazilians in the second half, but that won’t always be the case against more upscale defensive players than those from Serbia – and there are a lot of them, a priori, in the competition.