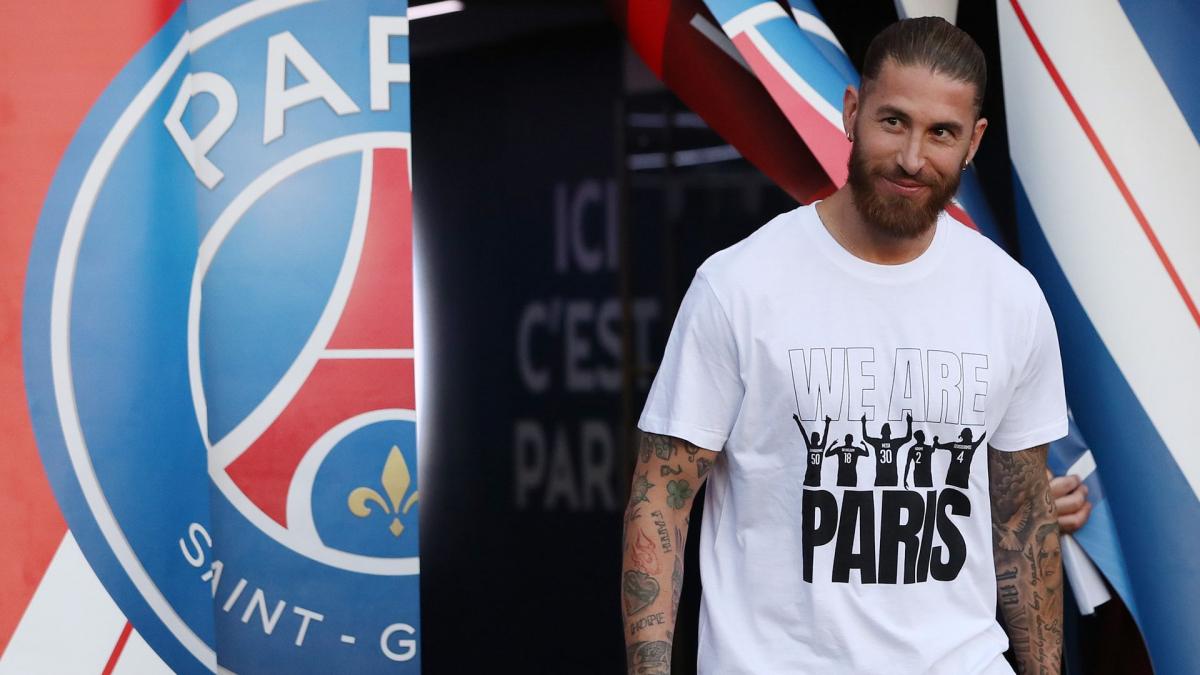 “We don’t have any details. We hope that it can be made available. He is good, calm and also continues in his preparation. We hope he can play as quickly as possible to make him happy. He needs to regain his level with his partners. “ Asked mid-September about Sergio Ramos, Paris Saint-Germain coach Mauricio Pochettino still did not know when his defender would take his first steps in his new colors. Recruited this summer after his departure from Real Madrid, the Spanish international was to be one of the stars of the capital club alongside Lionel Messi but Parisian fans are still waiting for his big premiere.

Already injured several times during his last season at Real Madrid (meniscus, muscle problem, coronavirus, tendon), the former captain of Casa Blanca is indeed embarrassed by his calves since this summer and his signing at Paris Saint-Germain . The capital club hoped to recover it for the trip to Rennes (2-0 defeat) before the international break in October, but it was not. A comeback after this, ie against Angers SCO on Friday evening at the start of the 10th day, was therefore the ideal moment. But the latest information quickly cooled PSG supporters and fans of the Spaniard.

A return against the LOSC at the end of October?

As explained The Parisian a little earlier in the day, Sergio Ramos did not participate in collective training this Wednesday at Camp des Loges, and a forfeit against the Scoïstes is more and more likely. But the sequel does not seem more glorious. According to information from the regional daily, his presence against RB Leipzig on Tuesday in the Champions League and then against OM for the first Classic of the season (Sunday 24 October) is also uncertain. Because with less than a week of collective training in the legs, the medical staff of PSG should not really take any risk.

The end of the tunnel for Sergio Ramos could finally be the reception of the French champion, LOSC, on Friday, October 29 at the Parc des Princes. But it will obviously be necessary for the 35-year-old to participate in the collective sessions. Because since May 5, 2020 and a semi-final return of C1 against Chelsea, the Spaniard has not played again and the time is starting to be long. Especially in Paris where the leaders counted on him to impose himself in central hinge. We will therefore still have to take our troubles patiently.