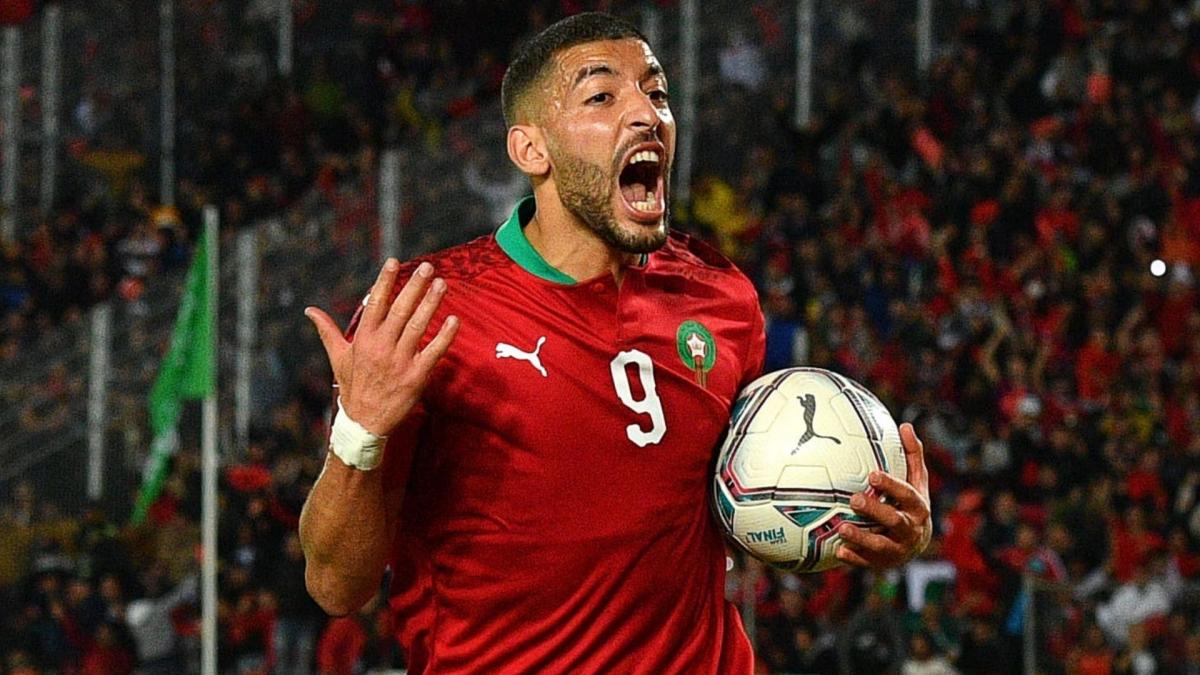 If La Gantoise will be able to play in the next edition of the Europa League Conference, it is surely thanks to its top scorer Tarik Tissoudali. Arrived in East Flanders in February 2021, the Amsterdam native played 68 games in the Ghent jersey for 33 goals and 14 assists. No one has done better in Ghent since signing. But if we must remember a season during which he managed to offer his best football: 27 achievements and 9 offerings in 51 matches in all competitions, finishing also third top scorer in the Jupiler Pro League at the end of the season regular (19 goals). If he knew how to make a name for himself in Belgium – and later in Morocco, his rise remains late since he only achieved the best exercise of his career at 29 years old.

Born in Amsterdam in 1993 to parents from Tetouan, in northern Morocco, Tarik Tissoudali tried to make his mark in clubs in the Amsterdam suburbs before moving away from his family for his first professional contract at SC Telstar, 35km from the Dutch capital. Rather convincing performances in the Batavian second division which earned him a transfer… to France, to Le Havre Athletic Club. Nevertheless, if he arrives in Normandy with the label of future revelation of Ligue 2, the Dutch-Moroccan will never know the antechamber of French football, contenting himself with appearances in reserve. Seeing that his young player does not take a gallon with the B, the Le Havre management makes him chain loans in Dutch D2, one of which (in Venlo) marred by disciplinary concerns.

Despite his last good season at De Graafschap (10 goals in 20 matches), Tissoudali broke his contract with the Salamanders and flew free to Belgium, again in the second tier, in Beerschot. And it is in the Antwerp club that he will finally be able to shine in front of goal: the native of Amsterdam faces tough competition at the forefront of the attack of the Mannekes and becomes over the seasons one important elements of the team led by the Belgian Stijn Vreven then by the Argentinian Hernán Losada. In addition to his above-average technique, Tissoudali stood out for his coolness developed during the second exercise and a vision of the game placing him in the category of altruistic attackers, often involved in the last pass. A profile that caught the eye of the sports management of La Gantoise, which paid no less than 750,000 euros, one of the best sales in the history of KVBA …

Belgium suits him so well

After showing great things in the second tier of Belgian football, Tarik Tissoudali then had to prove himself in the elite, and finally prove that the hopes that concerned him in recent years were not in vain. Arrived at the end of the 2021 winter transfer window after scoring 8 goals in the first half of the season, the Moroccan did not wait long to prove himself in his new colors, with a double to snag a draw against KAS Eupen in his first appearance. in the championship. In the Belgian Cup, he shines with a goal (in the 6th round) and two assists in seven minutes during the victory in the round of 16 against Charleroi (3-1). During the rest of the season, he registered only two other achievements, which will not have any real impact on the Buffalos’ convincing victories. With the start of a new full season, his first in a first division, Tissoudali will not miss the boat, far from it…

Exercise 2021/2022: the number 34 of the Buffalos, which he wears in tribute to Abdelhak Nouri, took advantage of his first months, when he was not an indisputable eleven of Hein Vanhaezebrouck, to take the gallon and become an element key to the Ghent offensive sector. Even before the start of the domestic championship, Tissoudali distinguished himself with 3 goals and 1 offering in qualifying for the C4, where the club with the Native American headdress did not pass the round of 16 (against PAOK Salonika, then eliminated by OM ). In the Pro League, he continues to shake the nets, often those of direct competitors in the top 4, qualifying for the playoffs for the title. However, despite 19 goals and 4 assists, La Gantoise finished just one point behind Radja Nainggolan’s Royal Antwerp, but still managed to secure a place in the Europa League Conference. The season was not white, however, with a victory in the Belgian Cup, during which his teammates won on penalties at the expense of Anderlecht.

All his accomplishments can be heard on the other side of the Strait of Gibraltar, where he had already played three games with the Olympic selection under Hervé Renard. With the absence of Abdessalam Ezzalzouli (FC Barcelona) through injury, the coach of the Atlas Lions Vahid Halilhodzic then decided to summon the gunner from La Gantoise for the African Cup of Nations. Three interesting appearances, but his ardor on the ball will not prevent Morocco from being eliminated by Egypt in the quarter-finals. Two months later, he confirmed his fine season with a second call-up for the World Cup play-offs against the Democratic Republic. And there, he did not miss, with an equalizing goal five minutes after coming into play in Kinshasa, and the break during additional time for the return to Casablanca, thus sending the Cherifian kingdom for its second consecutive World Cup, the sixth of his history.

In a few days, he then went from an unknown player of the Atlas Lions to one of the darlings of Moroccan supporters. Yet criticized at his first convocation, in particular because of the absences of Noussair Mazraoui and Hakim Ziyech, the original Tetouani quickly showed himself decisive, as in the club. Some followers even consider him a future starter at the next World Cup in Qatar, where Morocco will share their pool with Belgium – as a sign of fate – Croatia and Canada. In the meantime, his club season was crowned by the Soulier d’Ebène, rewarding the best African player playing in D1. An equivalent of the Marc-Vivien Foé Prize in France, where his compatriot Nayef Aguerd had also made a place for himself next to the future winner Seko Fofana and Hamari Traoré. Despite his 29 years, Tarik Tissoudali still has a few years ahead of him to shine the Ghent crest and the coat of arms of the Pays du Couchant Lointain…