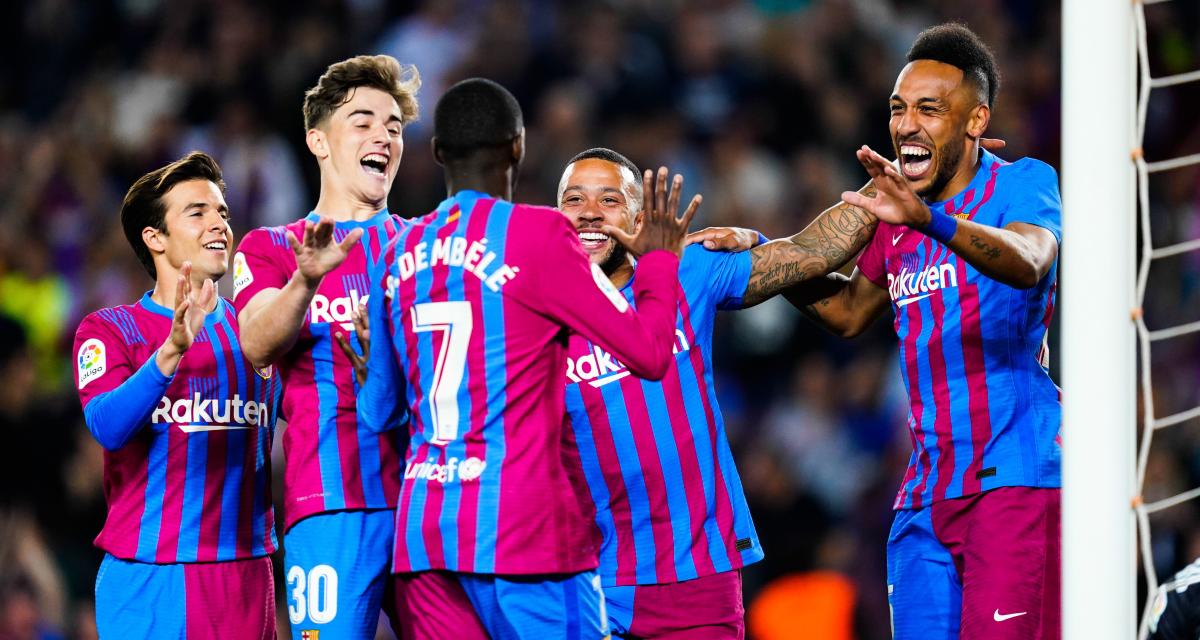 Barca take a big step to retain second place in La Liga. Xavi’s men won against Celta Vigo on Tuesday at Camp Nou on behalf of the 36th day (3-1). After a hesitant start to the match, Ousmane Dembélé unblocked the situation for his team. Launched in the middle of the field, the former Rennais eliminated two opponents with in particular a superb small bridge to deliver a center back victoriously taken over by Memphis Depay (30th). At the very end of the first period, Pierre-Emerick Aubameyang showed opportunism to double the lead (41st).

[⚽️ VIDÉO BUT] 🇪🇸 #LaLiga
😍 Depay scores after a completely crazy action by Dembélé!
🤯 An epic race from the Frenchman, who dribbled 2 opponents before sending a decisive pass to Memphis!
🤩🤩🤩 A must see!https://t.co/FCgnMazlwt

In the second half, the Gabonese striker offered himself a double (48th) on a new offering from Ousmane Dembélé, his 13th in La Liga, a record this season. A few seconds later, Iago Aspas nevertheless reduced the gap for Celta (50th). But the visitors’ hopes were dashed when Murillo was sent off in stride (58th) for a foul on Memphis Depay.

11 – Since 1st February, Pierre-Emerick Aubameyang 🇬🇦 not only has surpassed Karim Benzema (9) as #LaLiga Top Scorer in this period if not the African is the player to have the best differenc between goals & xG ratio (+3.9) in the competition. Accurate#BarcelonaCelta #FCB❤💙 pic.twitter.com/n8O4N07ZQQ

The Barcelonans thought they were heading for a quiet evening but Ronald Araujo’s spectacular injury worried Camp Nou (61st). After a head-to-head clash against Gavi, the Uruguayan defender lost consciousness and had to be evacuated by ambulance. We hope for reassuring news for the player. With this success, Barça temporarily have a seven-point lead over third-placed Sevilla.

Barça won against Celta Vigo at Camp Nou on behalf of the 36th day of La Liga. The Blaugranas consolidate their second place in the league thanks in particular to a double from Pierre-Emerick Aubameyang and two assists from Ousmane Dembélé.