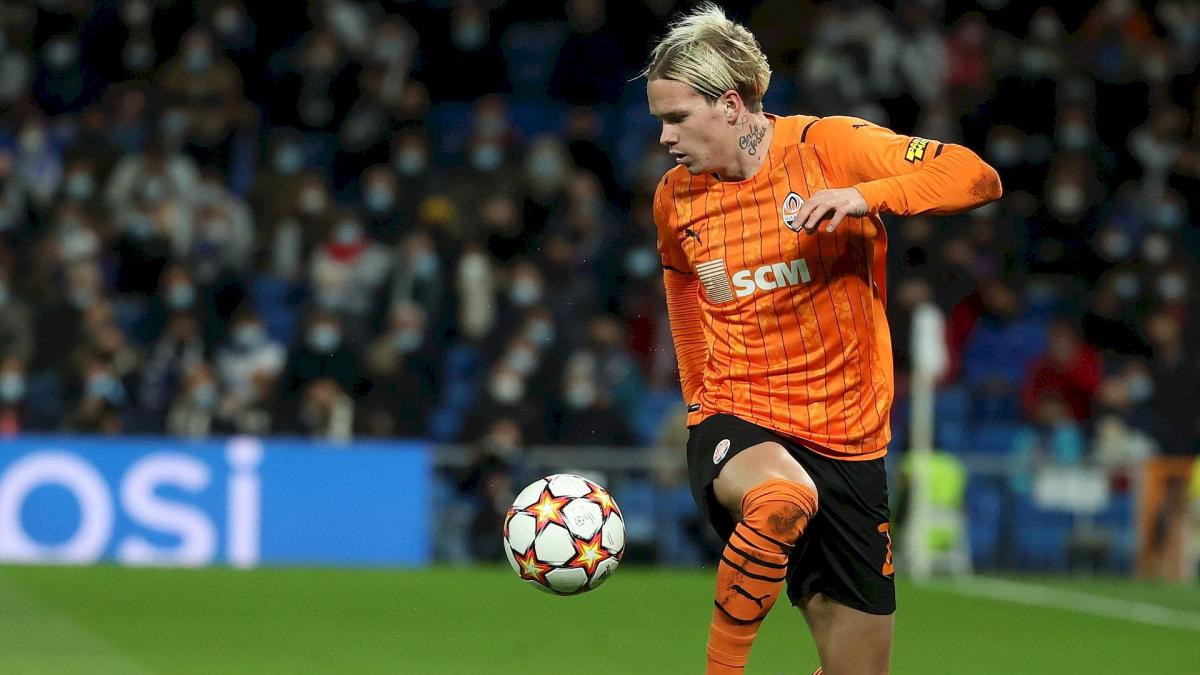 What will Mykhaylo Mudryk’s next club be? This is the question that all football lovers ask themselves today. Considered one of the most promising strikers of his generation, the 21-year-old striker currently playing for Shakhtar Donetsk has still not made his choice despite the many desires (Arsenal, Real Madrid, Manchester United, Bayern Munich , Manchester City, PSG). “The headlights are on him. The Italians bring low proposals with which we do not even sit down to negotiate. There are a lot of English candidates, there are the Spaniards, the French too, but now you need the right amount to get it”recently recognized Carlo Nicolini, deputy sports director of Shakhtar in an interview for Calciomercato.

With seven goals and seven assists in thirteen matches in all competitions with the Ukrainian team since the start of the season, Mudryk perfectly embodies the modern winger. “Along with Mbappé, Leão and Vinicius, Mudryk is the strongest player in this role”, assured, in this sense, Nicolini. Already radiant during the previous exercise, especially on the European scene, the native of Krasnohrad has a profile in its own right. Technically gifted, lively and precise around the opposing area, the young Ukrainian international winger (8 caps) is therefore, logically, a highly coveted talent. And the door is open. According to the latest information from CBS SportsShakhtar Donetsk would still agree to release their crack next January.

Despite the elimination in the Champions League, the Ukrainian club have even already warned Mykhaylo Mudryk that he could leave Donetsk during the next winter window… if and only if the competition presents a convincing offer. In this regard, the leaders of the current second in the Premier League have no intention of selling off the nugget of Jovto-Blakytni. “Is 40 million euros enough to buy it. We don’t speak for those numbers. Not even for 50. At this price, we’re not even calling the president to make him the offer. We value Mudryk more than Antony, from Manchester United, for whom 100 million euros have been paid”, launched, in this sense, the deputy sports director of Shakhtar. What cool the list of contenders? Nothing is less certain… Still in the title race in England and more determined than ever to strengthen its line of attack a little more, Arsenal would always be on the trail of Mykhaylo Mudryk.

Information recently confirmed by The Independent, adding that the Gunners are also closely watching 22-year-old Orlando City winger Facundo Torres. Ready to do anything to afford the Ukrainian nugget, the team led by Mikel Arteta could even take action in the coming weeks to avoid overbidding the competition. One thing is certain, recent statements by Anatoliy Trubin, Mudryk’s goalkeeper and teammate at Shakhtar Donetsk, may also reinforce this long-standing rumor. “I like that he only focuses on himself, on his game and that of the team. Fans don’t really see it. Nobody sees what he is doing outside the football field. All these transfer rumors only affect him positively as he loves what he does. And, in the team, we can tell him, ‘well, you’re already at Arsenal, let’s all go!’”, launched the 21-year-old doorman. What make Arsenal the undisputed favorite to snatch Mykhaylo Mudryk this winter? Answer during the next transfer window. One thing is certain, the final sprint is on and the Gunners seem to have gotten off to a great start.

Will we see him and Shakhtar in the last 16?#UCL @FCShakhtar pic.twitter.com/ND8O6TvtxJ