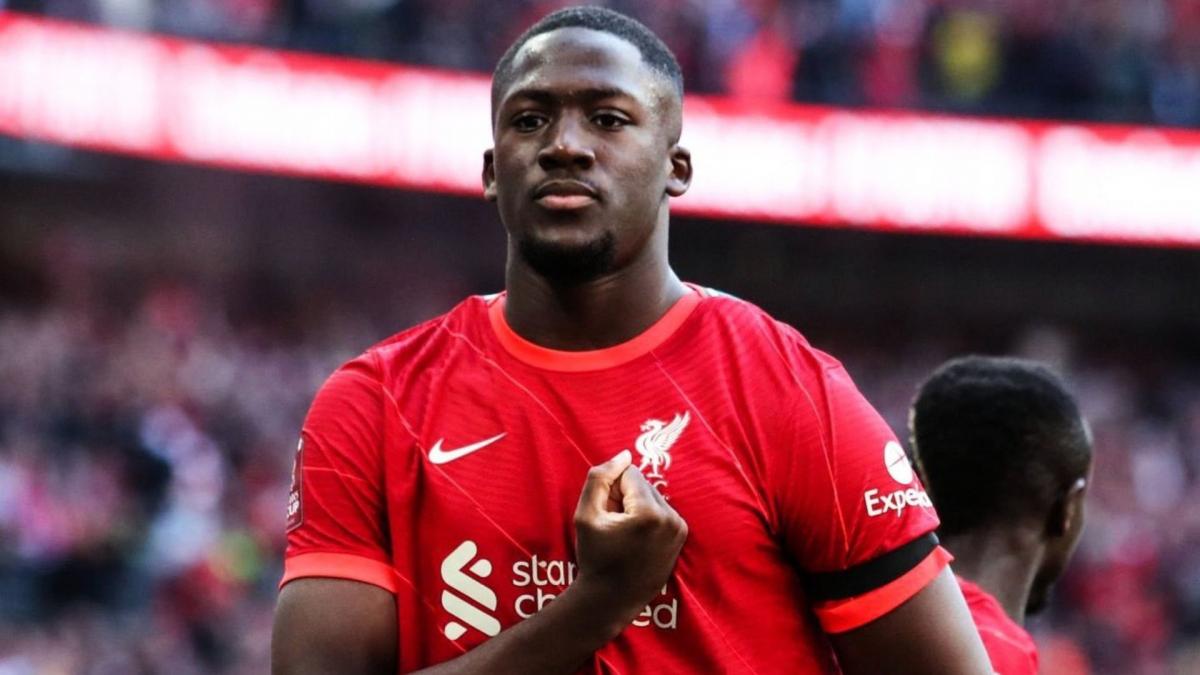 “My non-convocation? It’s the coach who knows better than me, I do my performances, I think they’re good, it’s still a goal, if he doesn’t call me, I’m not going to complain, never in my life . I will continue to work and be able to achieve this objective fairly quickly. Of course we thought about it, there is always a bit of disappointment. After the Champions League final lost to Real Madrid, Ibrahima Konaté expressed his disappointment at not seeing his name appear in Didier Deschamps’ list for the Nations League matches in June. Impressive for several weeks, the young 23-year-old central defender showed great things with Jürgen Klopp’s Liverpool and would certainly have deserved to be called up to reward his rise in power in a workforce as qualitative as that of the Reds.

Finally, Ibrahima Konaté had his reward. This summons arrived this Saturday to compensate for the package of Raphaël Varane, victim of muscle pain in the left thigh during the defeat against Denmark (1-2), and therefore package for the rest of the rally. The misfortune of some is the happiness of others, it is said. However, the former Leipzig defender will have to quickly get into football mode since he was on vacation in Greece when he learned that he was going to have his first call-up. The vagaries of the June international window. But this place with the Blues comes to conclude a successful season on his part.

The boss in C1

Arrived on tiptoe from Leipzig during the summer transfer window for 36 million euros, Konaté had the heavy task of quickly reinforcing a not so reliable defensive sector at the Reds. With the very serious injury of Virgil van Dijk and the physical fragility of Joël Matip or Joe Gomez, Jürgen Klopp’s team had experienced some difficulties in this sector at the end of last season. And the arrival of Konaté was to help correct that. However, the German technician, as he is used to, did not want to cut corners with his player. On the contrary. The French international hopeful had to wait until the 5th day during a big victory against Crystal Palace (3-0) to make his debut. A few weeks later, against Manchester United, he shone impressively against the Mancunian attack and proved above all that he was the perfect teammate of Virgil van Dijk in the axis of the defense. What make Jürgen Klopp think who trusted him during several Premier League shocks against Chelsea or Tottenham for example but without making him a holder either. Because faced with the insane calendar that awaited the Reds, racing in all possible competitions, the former Dortmund coach decided to rotate his workforce and leave Konaté mainly in the league to rest.

Used less often in the Premier League (11 matches, 7 wins, 4 draws), Ibrahima Konaté on the other hand flamed in the FA Cup, during the Carabao Cup but especially in the Champions League where he chained solid performances. In addition to finding the net several times (against Benfica), the defender trained at Sochaux has shown all his defensive qualities in high-stakes matches and in a team that often leaves him on his own defensively. His final against Real Madrid illustrates all this. And if Jürgen Klopp made him the potential holder in C1, it’s not for nothing. His teammates also seemed impressed.

“He is very impressive. He had a big impact, he works very hard every day, he has a very good mentality and his showdown is incredible. He’s still so young, but it’s amazing how good he is already. Everyone at Liverpool needs to realize what he brings, the future is bright.”, launched Virgil Van Dijk. If of course sometimes, Ibrahima Konaté has gaps in concentration and therefore certain faults to correct, especially in the recovery, he confirmed this season that he was one of the greatest potentials in his position. With the impressive breeding ground of the Blues in central defense, this recent summons allows Ibrahima Konaté to reward his discreet work, but also to set foot in the international world. Because as he put it so well: “It’s the dream of all football players to play a World Cup, there’s one coming in a few months, we dream about it and we think about it”. The dream could become reality quickly, in a few months.