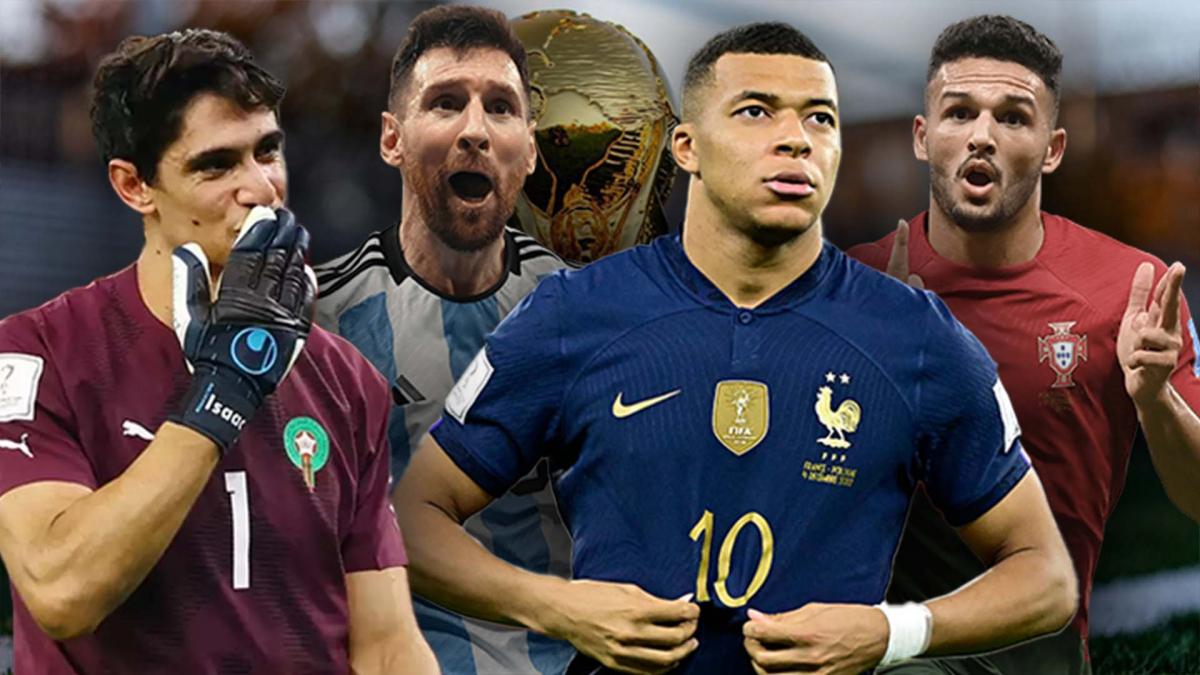 Cadors who hold their rank, others who collapse, beautiful surprises and above all exciting matches: the round of 16 of the 2022 World Cup delivered beautiful moments, with a record total of 28 goals scored. Between the demonstrations of Brazil and Portugal, the exploit of Morocco and the quiet strength of the French and the English, there is enough to concoct a good standard team, without forgetting the other qualified nations, such as the Netherlands, the Argentina and Croatia.

Yassine Bounou (Morocco): we had kept in mind his discomfort during the match against Belgium, between the anthem and the official photo of the team. Against Spain, no vertigo, only prestige! The Sevilla FC goalkeeper disgusted his adopted country, with two shots on goal stopped. A capital performance that allowed Morocco to never tremble during the session. Hero of the Moroccan people, the doorman with a calm temperament has entered into legend.

Denzel Dumfries (Netherlands): two assists, one goal, a man of the match trophy. Dumfries did it all against the United States, for the first round of 16 of the World Cup. His overflowing activity in his right lane was the strong point of the Dutch selection. So, yes, he sometimes leaves a lot of space behind his back, but if he allows his team to score that many goals, he can afford it!

Pepe (Portugal): he is approaching his forties and taking off to unsuspected heights. No, it’s not Cristiano Ronaldo but Pepe! The indestructible FC Porto defender set a new record by becoming the oldest player (39 years and 283 days) to score a goal in the final phase of the World Cup. Another great story to tell for the player, whose presence in the Portuguese group has been criticized. Against Switzerland, he perfectly controlled the Swiss attackers without difficulty and therefore scored a fabulous goal with a header.

Nayef Aguerd (Morocco): Morocco had chosen its strategy, regroup and defend well, to face Spain. It worked because the Atlas Lions were able to count on a decisive Aguerd, author of two wonderful saves in his area. However, he suffered, physically affected. He held on, until he couldn’t anymore, replaced in the 84th minute.

Raphael Guerreiro (Portugal): the former Lorient, aged 28, is a safe bet for the Portuguese selection (60 caps). He thought he had become a substitute with the hatching of Nuno Mendes, but the physical fragility of the PSG side allowed him to return to the starting lineup of Fernando Santos. And with success, since his technical complicity with João Felix is ​​a pleasure to see. And his ability to be decisive is undeniable, with a nice goal, on a decisive pass from Gonçalo Ramos.

Sofyan Amrabat (Morocco): what a player, what slaughter, and what a World Cup! Morocco’s defensive midfielder has been shining since the start of the competition. A real windshield wiper placed in front of his defense, he is everywhere, on every shot, all the time. Impossible to miss it. And to think that he was also injured, and that he gritted his teeth to be present on the ground.

Jude Bellingham (England): one of the revelations, or rather confirmation, of the tournament. Bellingham is becoming essential in the English selection, after winning at Borussia Dortmund. He shows a crazy class, gives the feeling of knowing how to do everything, recovery and orientation. Against Senegal, he shone in impact and was involved in his side’s first two goals.

Lucas Paqueta (Brazil): he entered the World Cup slowly but surely. And it’s growing with each new release from Brazil. Back alongside Casemiro, in support of the ghost Neymar, he was present at all the hot spots. Present defensively, he built his team’s fourth goal, concluded with a superb right-footed volley.

Lionel Messi (Argentina): where would Argentina be without Lionel Messi? Probably getting booed by disappointed fans after a sad elimination. But La Pulga is determined to experience a new epic in this World Cup and he is doing everything to achieve it. His team could not find the fault against the rough Australia? No problem, a left strike and the job is done. Best player on the field, he delivered a remarkable performance, with a crazy ride in the second period.

Goncalo Ramos (Portugal): the 21-year-old had a memorable evening. Established to everyone’s surprise by Fernando Santos, instead of the legend Cristiano Ronaldo, the Benfica striker wowed the world with a fabulous hat-trick. And what a triple! A super-powerful strike from the left, a fox goal from the surfaces and a splendid dive against the Swiss goalkeeper, he revealed the striker’s full panoply. He is the first player to score a hat-trick in the World Cup for his first start since a certain Miroslav Klose in 2002.

Kylian Mbappe (France): he is the most feared man on the football planet. His double against Poland, with two remote-controlled strikes, still amazed everyone. Here he is, the only top scorer in the World Cup with 5 goals. This still does not sufficiently reflect the fear he arouses among his adversaries. You have to take a look at the English press to realize his aura with his future opponent…