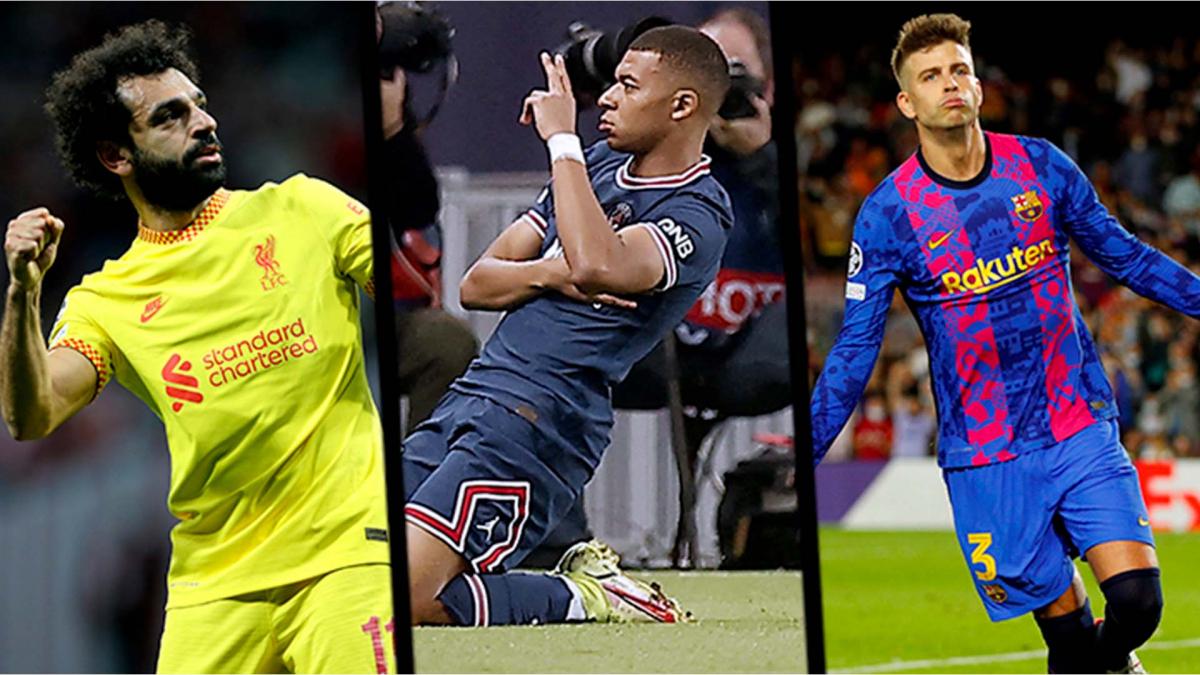 Reversals of situations of all kinds, demonstrations and exploits, there was everything this week in this 3rd day of the Champions League group stage. Liverpool, for example, went to win at Wanda Metropolitano against Atlético de Madrid (2-3). And if the Scousers came back from Madrid with the three points of the victory, they owe it in large part to their last Brazilian bulwark Alisson. The Seleção goalkeeper, even if he conceded two goals, will have saved his own on several point-blank attempts by Antoine Griezmann or Thomas Lemar. We opted for a 3-4-3 ahead of him. The only scorer in the match against Dynamo Kiev (1-0), FC Barcelona boss Gerard Pique will play the role of libero in defense. The Spaniard will be supported by Matthijs de Ligt, very reliable with Juventus on the lawn of Zenit (0-1), and Andreas Christensen, the Danish central, Chelsea’s first scorer against Malmö (4-0).

For the role of right piston, it is the Italian Davide Zappacosta that was chosen. The Azzurro is back to its best level since arriving at Atalanta from Chelsea this summer. His goal against Manchester United, which will not have served to avoid the defeat of the Bergamasques (3-2), and his overflowing activity are there to prove it. Its left side counterpart is called Leroy Sané. You will tell me that the German is not a piston and you are right, but the Bayern Munich striker has the chest to evolve to this position. And with his double this Wednesday night on the lawn of Benfica (0-4), the former Manchester City resident was simply essential in this eleven where, you will see, the front seats are expensive. In the heart of the game, we have selected the duo Jorginho-Steven Berghuis. The midfielder, European champion with Chelsea and Italy this year, has been instrumental in the great success of the Blues.

Everything in control, the one that many present as the favorite in the race for the Ballon d’Or France Football 2021 transformed two penalties and dictated the tempo of a meeting largely won by his own. At his side, the Dutchman Ajax deserves our performance. Arrived from Feyenoord this summer, the Batave, 92% of successful passes on Tuesday night, was omnipresent in the midfield of the Lancers, disgusting his direct opponents and actively participating in the final victory of his own over Borussia Dortmund of Erling Haaland (4 -0). Finally, in front, we have chosen a line of three, with Vinicius Jr to the left. The Auriverde striker has been hovering since the start of the season. Against Shakhtar Donetsk (5-0), he demonstrated it again, with a double, including a sublime goal. The former Flamengo, who also sent an assist to his compatriot Rodrygo, put the Ukrainian rearguard to death alongside conductor Karim Benzema.

Kylian Mbappé (Paris SG) is rewarded for his full match. Author of the opener against Leipzig at the end of an acceleration with the ball at the foot, he also served Lionel Messi for the goal of the equalizer before obtaining the penalty allowing the Pulga to offer the victory to the club of the capital (3-2). Indispensable and decisive, the 2018 world champion delighted with his technical mastery, his back-to-goal play and his orientations. The only downside is his missed penalty at the end of the match. Reading his performance Tuesday night against Atlético de Madrid (2-3), we understand why the Reds are doing everything in their power to extend the Egyptian’s contract. Mohamed salah. The striker scored twice, including a sublime goal at the conclusion of a dribbling festival, and confirmed his exceptional start to the season.