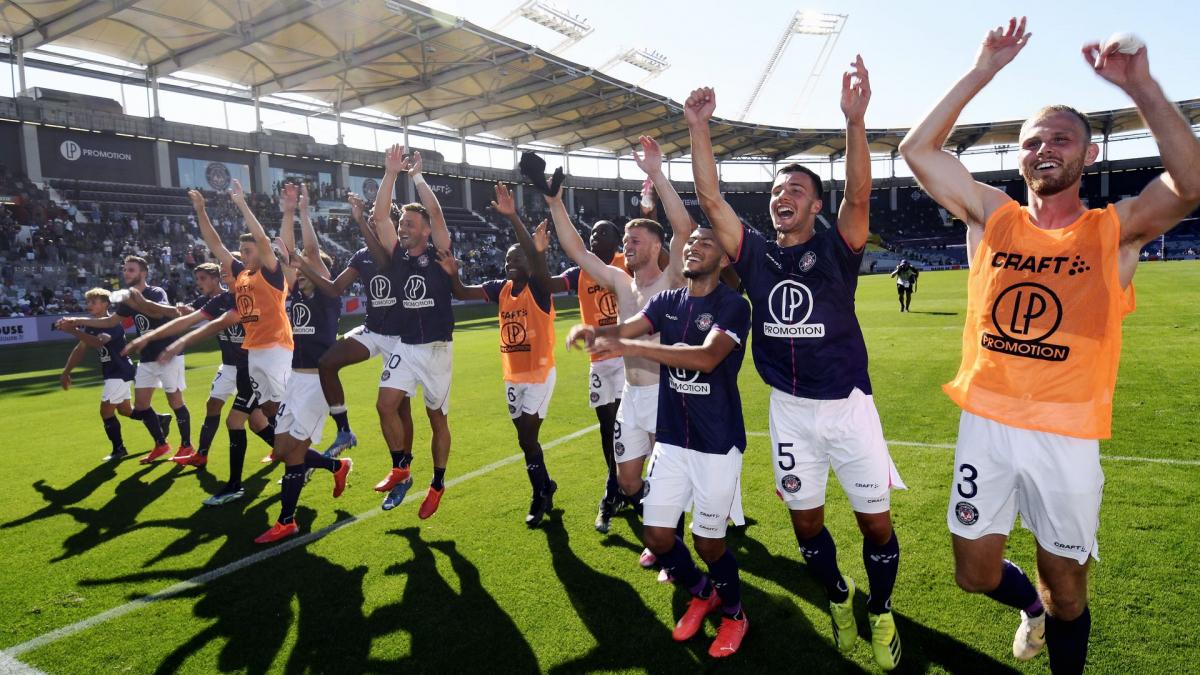 7 wins and 2 draws, the start of the season for Toulouse is almost perfect. Leader of the championship with 4 points ahead of AC Ajaccio before this 10th day of Ligue 2, Tef ‘quickly found its marks with a new coach at the helm: Philippe Montanier. The successor of Patrice Garande connects the beautiful performances, consistent with a hint of success, and the paying choices, illustrated by the best attack (20 goals, already 4 more than his closest pursuer in this area), the 4th most efficient (6 goals conceded) and a transfer window which is already paying off.

“We built this start of the season on good defense, good control of the game. But we have to evolve, warned the technician last week. Everything is not perfect. It’s true that we were efficient, because with few scoring chances, we convert them. We need to increase our opportunities. It’s not enough if we want to stay upstairs. I have a good group. Truly. Hardworking players, with a very good spirit, and well educated. It must be said because footballers are not all like that. And they love their job. They like to play soccer. They are receptive. There are a lot of exchanges. ”

After a first season at the lower level ended with a cruel defeat in the play-off against Nantes (2-1 defeat in Toulouse, 1-0 victory in Nantes), the squad has changed. The Pitchouns formed at the popular club on the market left like Amine Adli, Janis Antiste, Kelvin Amian and Manu Koné (bought in January 2021 by Borussia Mönchengladbach, the midfielder finished the season in Toulouse loan). Enough to recover around 25 M € to finance a relatively inexpensive transfer window in the end, where only 5 M € were disbursed for players, most of whom are unknown in France.

Toulouse especially exercised the option to buy (1.5 M €) with La Gantoise de Brecht Dejaegere, who became captain after a very successful first season, before concluding unexpected leads. The Japanese Ado Onaiwu landed against 700,000 € from Yokohama, the Danish Mikkel Desler signed in exchange for a transfer of 500,000 € to Haugesund in the Norwegian first division, as for the young Denis Genreau (500,000 €) , the Franco-Australian played in Macarthur, in the Australian elite. Yanis Begraoui already has a small reputation with the general public, he who came to the end of his contract with Auxerre.

Damien Comolli’s club took advantage of this opportunity to bring in the international U19 striker, and finally the comings of Rasmus Nicolaisen (recruited € 530,000), who played in Midtjylland, and Rafael Ratao (bought € 1.2 million in Slovan Bratislava) are currently the lowest-paying choices since the start of the fiscal year. The Danish central defender struggles to succeed Daniel Gabrielsen, clumsy and displaying a certain panic when he has to intervene. He also received two warnings in just three matches. As for the Brazilian striker, he has been injured since his arrival and still has not played.

For the other cited above, however, this is the right pick. From a system with three defenders to four during the 4th day, especially after the late departures of Adli and Antiste, Toulouse has yet the same going. Ado Onaiwu, author of 5 goals in 9 matches, has been found to be an ideal complement to Healey. Dejaegere has also found the net twice, in addition to three assists. Despite being a rotational player, Genreau is already at two offerings but the very pleasant surprise is Mikkel Desler, the moped on the right side of the defense, already distributing two assists and a goal. The Dane was also the club’s priority in this position to succeed Steven Moreira.

Comolli: “We observed around 140 players”

What Comolli detailed in the Midi Dispatch September 1st. “I don’t want to distinguish between the work of Brendan MacFarlane (head of recruitment) and that of Julien Demeaux, our data manager. They did a wonderful job working hand in hand, aligning field observation and the use of data. To give you an idea, from April to the end of August, we observed around 140 players, with a double ratio for each. That is, at least two recruiters observed them, sometimes three. We’re talking about 300 matches watched, 450 hours of video. “

“For example, there were 17 right-backs, to get to Mikkel Desler who was our priority, 38 central defenders, 35 midfielders, 35 forwards… They did a wonderful job. I have always preferred to judge the mercatos on the long term, but today, a few hours after the closing, I think we did a very good job ”, enthused the Toulouse president. The near future has given him reason for the moment, as five consecutive matches are looming against the big cars of the championship (Caen, Amiens, Auxerre, Paris FC and Guingamp). After this series, we will know a little more about the ambitions of the club which strongly wishes to return to Ligue 1 …