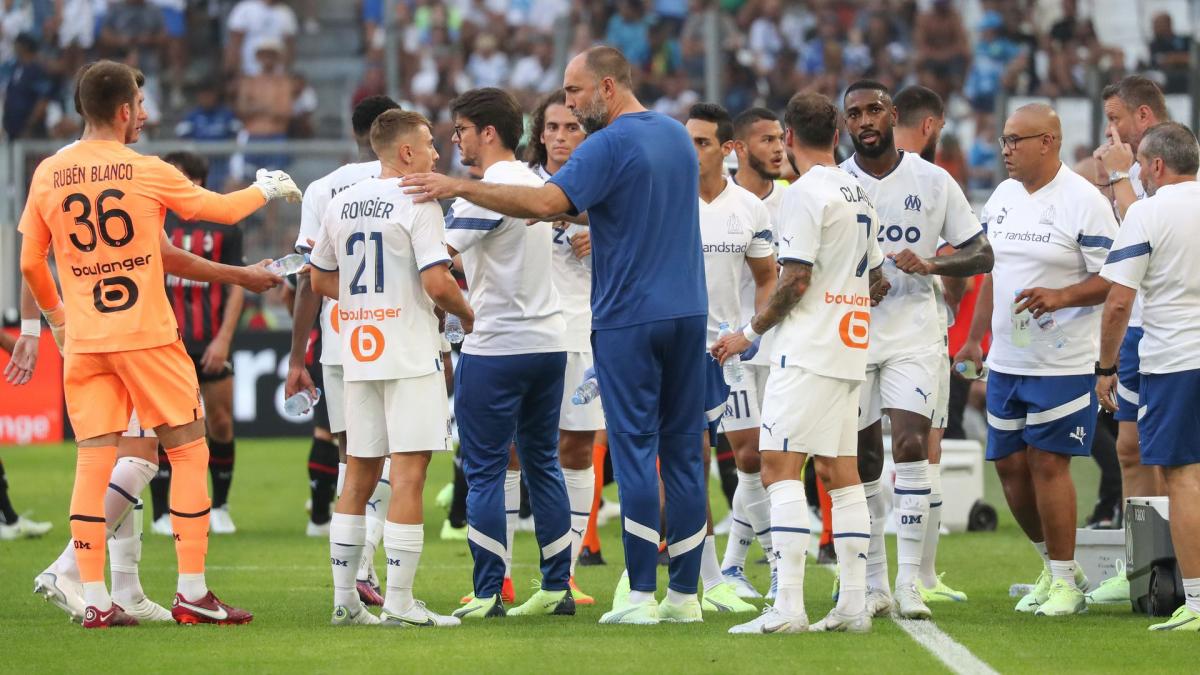 Forget a more than contrasting summer preparation, both on the field but also behind the scenes, here is the objective of Olympique de Marseille which welcomes, this Sunday at 8:45 p.m., the Stade de Reims on behalf of the first day of the League 1. The opportunity for the men of Igor Tudor, the controversial successor to Jorge Sampaoli, to reassure the Marseille supporters, who are expected in large numbers at the Orange Vélodrome. Questioned on the sidelines of this meeting in an interview granted to Premium Videothe Marseille midfielder, Valentin Rongier, has also said more about the Tudor method, refusing in passing to overwhelm his new coach.

“He’s not a tyrant, he likes it when everything is square, everything is serious. When we are on the field, he is not there to laugh. He wants the job to be done well, with great intensity so we adapt, it takes a little time. But no, he’s not a tyrant”. The 27-year-old midfielder also revealed the style of play that the Croatian wanted to put in place. “He’s not saying he doesn’t want to have the ball, he’s saying he wants to go fast forward, put up some big pressing. When you look at what Hellas Verona was doing, with all due respect to that team, they weren’t in the top 6 in Italy. We are part of this top 3 in France so obviously we have the players to play ball, we just have to find a balance..